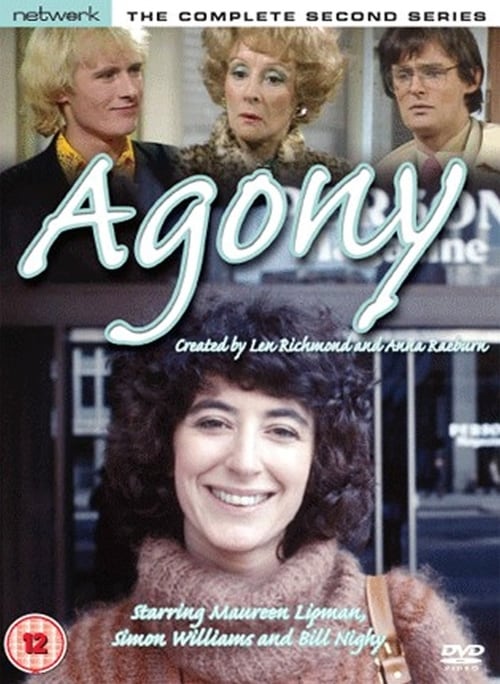 How to Stream Agony Online

Agony is a British sitcom that aired on ITV from 1979 to 1981. It starred Maureen Lipman as a successful agony aunt but whose own personal life and marriage is a disaster. It was written by Len Richmond, Anna Raeburn, Stan Hey and Andrew Nickolds. It was made for the ITV network by LWT.

Although a comedy, Agony sometimes dealt with issues that were seen as taboo at the time such as drug use, racism, abortion, interracial relationships, and swinging, and was the first British sitcom to portray a gay couple as non-camp, witty, intelligent and happy people. It also openly mocked the government, the ruling classes, and religion, and occasionally contained dark and dramatic storylines.