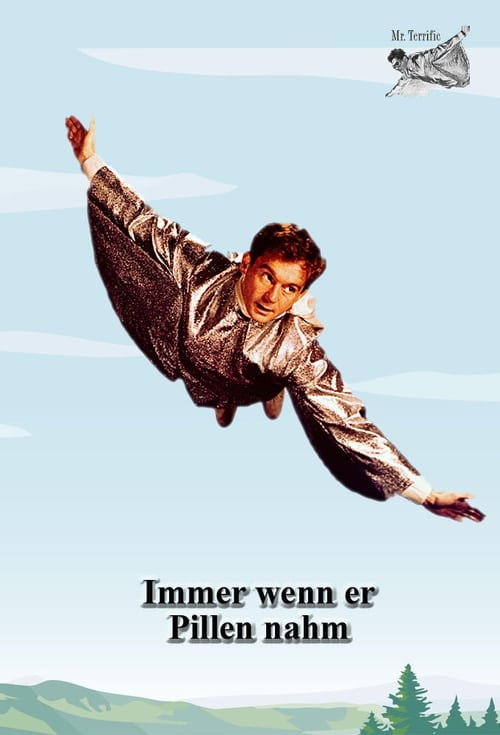 How to Stream Mr. Terrific Online

Mister Terrific is an American TV sitcom that aired on CBS Television from January 9, to May 8, 1967. It starred Stephen Strimpell in the title role, and lasted 17 episodes. The show was similar to NBC’s Captain Nice, which followed Mister Terrific on Monday nights during its run.

Riding the tide of the camp superhero craze of the 1960s, the show’s premise involved gas station attendant Stanley Beamish, a mild-mannered scrawny youth who secretly worked to fight crime for a government organization, The Bureau of Secret Projects, in Washington. All he needed to do was take a “power pill” which gave him the strength of a thousand men and enabled him to fly, much like Superman, albeit by furious flapping while wearing the top half of a wingsuit. Unfortunately, he was the only person on whom the pills worked. It was established that, although the pill would give him great strength, he was still vulnerable to bullets. Furthermore, each power pill had a time limit of one hour, although he generally had two 10-minute booster pills available per episode. Much of the show’s humor revolved around Stanley losing his superpowers before he completed his given assignment.