Last Sunday, 15.3 million people watched the 94th Academy Awards on ABC, up 32% year-over-year. Other than Will Smith’s outburst, there was another reason for so many viewers at home tuning in the wide array of titles from streaming service were nominated.

One of them being, of course, Apple TV+’s “CODA,” which was crowned Best Picture and made history for being the first movie from a streaming service to win the industry’s highest honor. This was a shock to many since the late-comer was considered an underdog in the industry and had some tough competition with HBO Max, Netflix, Amazon Prime Video, and Disney+ getting numerous Oscar nominees.

Cole Strain, Head of Measurement at Samba TV, said: ”Even before the slap heard around the world drew huge attention to the Oscars, it was clear this year‘s awards show was on track to outperform last year’s ceremony. The 11.5M households that opted to tune in live to this year’s awards was a clear break from the declining awards show trend we saw in 2021.”

“Streaming may have played a role in broadening interest for the films this year as viewers were able to easily watch all of the best picture nominees from the comfort of their home before Sunday night,” he added. “Our data showed that Best Picture winner, ‘CODA,’ actually experienced the single largest post Oscar nomination bounce in streaming viewership - a sign that all of the generated Oscar buzz played a helpful role in introducing new audiences and new academy voters to the film.”

Hollywood’s biggest awards show has long helped generate buzz for movies, and just having a nomination does help to grow a film’s streaming audience. All in all, the Oscars is a huge marketing opportunity for streamers as it can be the first time that many audience members are being exposed to certain films, giving them a reason to hop over to a service to watch the movie.

But did the win actually make a difference for Apple TV+? Data from Samba TV suggests that the win did give “CODA” a notable viewership bump. 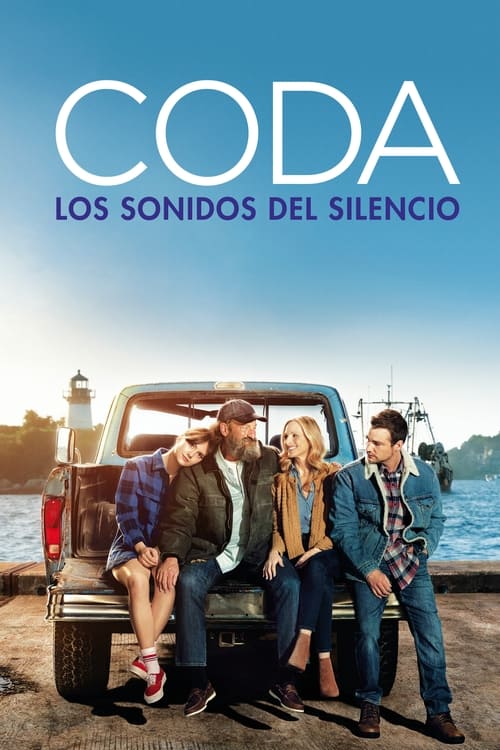 Related: How to Stream All 2022 Academy Awards Winners Including ‘CODA’

First off, it’s important to note that Samba TV’s analytics technology is embedded in TVs sold by 24 brands, and the company arrived at these audience numbers by extrapolating viewership from a panel of 3 million households. Samba’s total U.S. footprint is 28 million TVs, but it doesn’t measure any mobile or desktop viewing, so absolute audience numbers for all of these movies are likely bigger.

The data shows that “CODA” was viewed by 146,727 U.S. households in the first three days following the awards ceremony, equaling 15% of the movie’s pre-awards lifetime viewership. While this definitely wasn’t the highest number among titles, with “Dune” getting 473,422 views during the same time, followed by “King Richard” with 249,507 views, it is especially notable being that Apple TV+ has significantly fewer subscribers than HBO Max.

“Dune” was streamed 1 million times after nominations were announced, which equals around a fifth of its pre-awards lifetime viewership. Meanwhile, “Don’t Look Up” collected 641,000 views from Feb. 8 to March 20, only equalling approximately 6% of its pre-awards lifetime views. Being that “Don’t Look Up” never left Netflix (released in early December) and was readily available for subscribers, the low number says a lot since “Dune” left HBO Max after a month and just recently returned in early March.

However, when looking at the most views overall, Netflix’s “Don’t Look Up” takes the cake, with 10.3M households having watched the film since premiering. The second runner-up is “Dune” at half the amount- 5.3M households.

The most viewed film since Oscar nominations were announced is “Nightmare Alley” on Hulu, which has really gained steam since its premiere, with the most total viewership since nominations.

Related: How to Stream All the 2022 Oscar-Nominated Movies

Furthermore, “CODA” was viewed 375,000 times between the announcement of its nomination on Feb. 8 and March 20, a week before the awards show took place. This means that it gained more than a third of its lifetime pre-awards viewership following the announcement of its nomination. “CODA” has been on Apple TV+ since August, which means that the Oscar win is certainly the main reason that it’s gaining any steam at all.

Apple TV+ apparently had with less than 20 million U.S. paying subscribers as of last summe).

The shiny golden man trophy has a lot of power in Hollywood, and it’s no different online. But the question is will it translate to subscribers? Right now, it hardly compares to Netflix’s 222 million global subscribers, but if they keep on pumping out good content, the subscribers will come.

Apple TV+ is a subscription video streaming service for US$ 6.99 a month that includes high-quality originals shows and movies including Best Picture winner “CODA,” popular sitcom “Ted Lasso,” and dramas like “The Morning Show” and “For All Mankind.” Apple TV+ is also home to MLB baseball games on Friday nights and MLS Season Pass.