For many people, spending the holidays with extended family can be a bit of a horror show in itself, but Peacock is providing a bit of a distraction with the long-awaited streaming debut of a different type of family horror show, Jordan Peele’s latest film “Nope.” In the movie, a brother and sister run a horse training ranch in California and discover that a UFO has been stealing their horses and might be responsible for their father’s death. To figure out exactly what is going on at the Haywood ranch, check out “Nope” beginning on Friday, Nov. 18 with a Subscription to Peacock.

How to Watch ‘Nope’

“Nope” stars Oscar winner Daniel Kaluuya — the star of Jordan Peele’s hit “Get Out” — and Keke Palmer as siblings OJ and Emerald Haywood and Steven Yeun as Ricky “Jupe” Park. The film follows the residents of a lonely, windy canyon in inland California. They’ve lived there for years, and have never seen anything out-of-the-ordinary. But the group bears witness to a stunning discovery that will change their lives, and the world as they know it.

Review aggregator site Rotten Tomatoes has the film at an 82% Fresh rating, and it has grossed nearly $171 million at the worldwide box office. 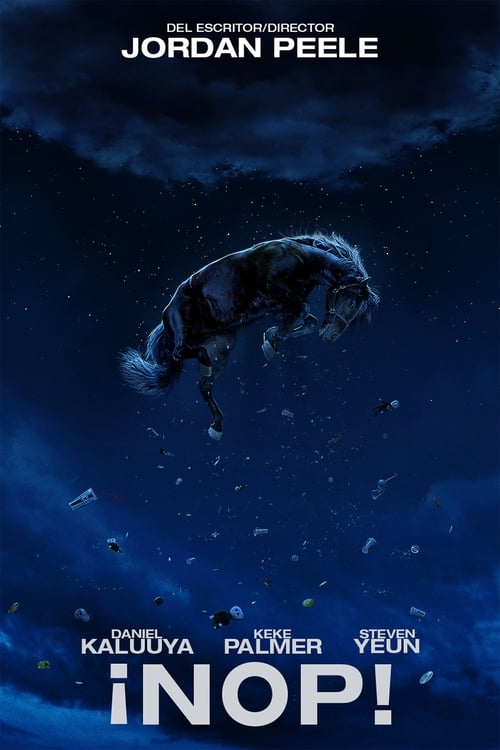 This thriller from director Jordan Peele follows a family of horse ranchers who provide animals for Hollywood productions.

When things start falling from the sky and people go missing, OJ (Daniel Kaluuya) and his sister Em (Keke Palmer) hatch a plan to film the terrifying phenomenon and strike it rich.

The film opened in movie theaters on July 22, 2022, meaning that by the time it finally premiered on Peacock, 119 days had passed. This window from cinema to streaming is one of the longest for NBCUniversal this year. The studio’s two biggest films of the year, “Minions: The Rise of Gru” and “Jurassic Park: Dominion” both had 84-day windows before coming to the streaming platform.

Can You Stream ‘Nope’ For Free?

Unfortunately, while Peacock does have a free tier, much of its premium content is not included at that level. To watch “Nope,” other Universal Pictures films, and Peacock original series, you will have to sign up for a paid subscription.

What Devices Can You Use to Stream ‘Nope’ on Peacock?

Check out the trailer for 'Nope':