How to Watch the ‘Falcon and the Winter Soldier’ Finale Online on Apple TV, Roku, Fire TV, and Mobile

The finale for Disney+’s latest hit show is here. ‘Falcon and the Winter Soldier’ concludes its six episode run today and fans are excited, though it signals the end of a great run for the Mouse’s streaming service. Season 2 of ‘The Mandalorian,’ season 1 of ‘WandaVision,’ and ‘Falcon’ went back-to-back-to-back, giving Disney fans new episodes of critically-acclaimed shows every week. That’s coming to and end, but there’s still room for optimism! The finale should be great and set up the show’s inevitable season 2.

How to Watch ‘The Falcon and The Winter Soldier’

For the uninitiated, ‘Falcon and the Winter Soldier’ stars Sam Mackie and Sebastian Stan reprising their roles as Falcon and the Winter Soldier, respectively. While they were adversaries at first, the two became begrudging partners-in-crime back in “Captain America: Civil War,” (2016), and were both lucky enough to survive the events of “Avengers: Endgame” (2019), providing backup for their mutual friend Cap during the iconic climax.

Speaking of Steve Rogers, he’s long gone and has been replaced by a new guy named John Walker, who dons the Captain America gear but doesn’t quite have the temperment of his predecessor. We won’t spoil what happens but…let’s just say Walker isn’t bashful about using his shield. It’s up to Wilson, Barnes, and friends to set things right in America- and the rest of the world.

You can watch the full array of ‘Falcon and the Winter Soldier’ episodes, as well as all your favorite Marvel Cinematic Universe films, on Disney+. 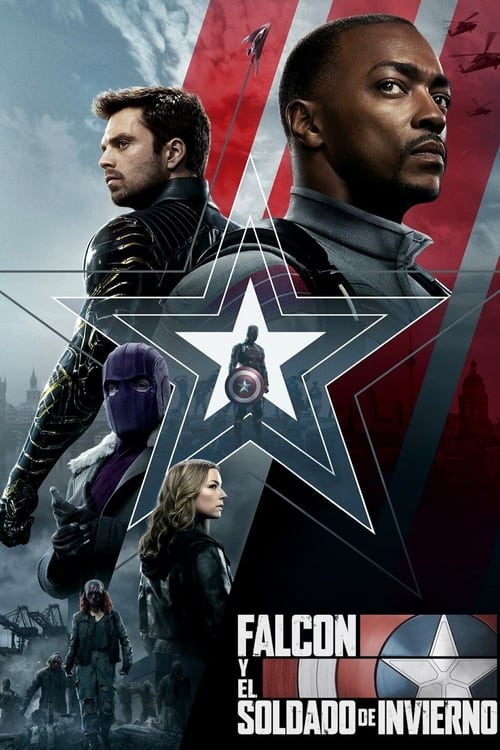