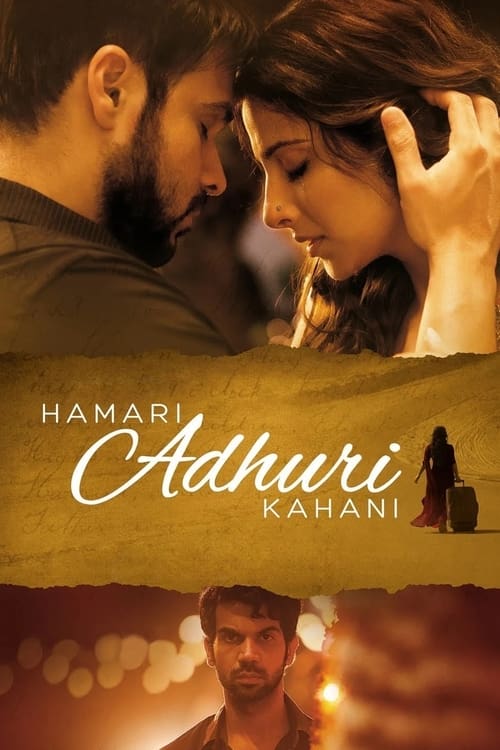 Hamari Adhuri Kahani (English: Our Incomplete Story)The movie opens with a woman Vasudha stepping off a bus. An elderly man, Hari, sees a psychiatrist about hallucinations of his wife. His daughter-in-law takes him to his wife’s funeral. There, he steals her ashes and leaves a diary for his son.
The story jumps to the past, where Vasudha is a single mother whose husband has been missing for five years. Bound to tradition, she has been waiting for him since he left her. Vasudha meets Aarav Ruparel in one of his hotels, where she works as a floral arranger. Vasudha comes to save him in a mock fire drill, and he offers her a job in his hotel in Dubai, which she refuses at first. However, she later gets to know from police that her husband Hari murdered five American journalists and is a member of a terrorist group. Worried for her son’s future, she accepts the job offer given by Aarav.