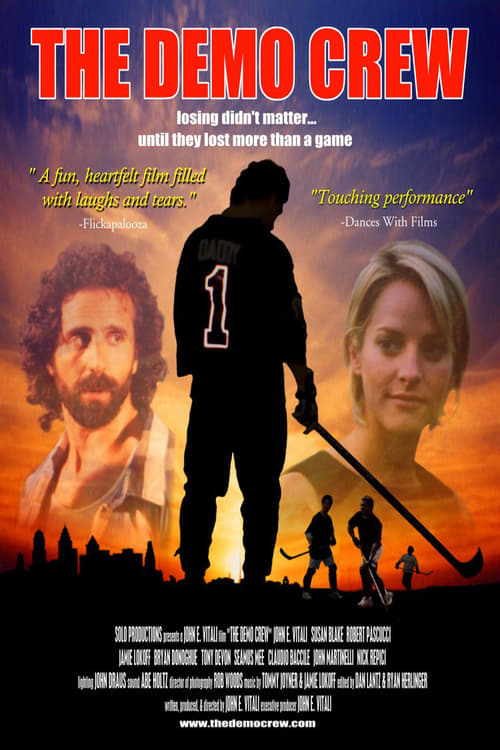 In order to make his legal problems disappear, ANTHONY VALENTINE agrees to form an amateur men’s street hockey team and represent his home town in a state-wide tournament. Although he sees this as an opportunity to keep the old gang together, the old gang does not, and very reluctantly plays along half heartedly, until one of their teammates is killed in an auto accident. Suddenly the young men feel a sense of loyalty, bond together to become better friends than they ever were, and make a pact to play this tournament in honor of their deceased buddy. With the hometown behind them and a fallen brother watching down, the team strives for the title, not knowing that, win or lose, they’ve already become champions.

Where can you watch The Demo Crew online?