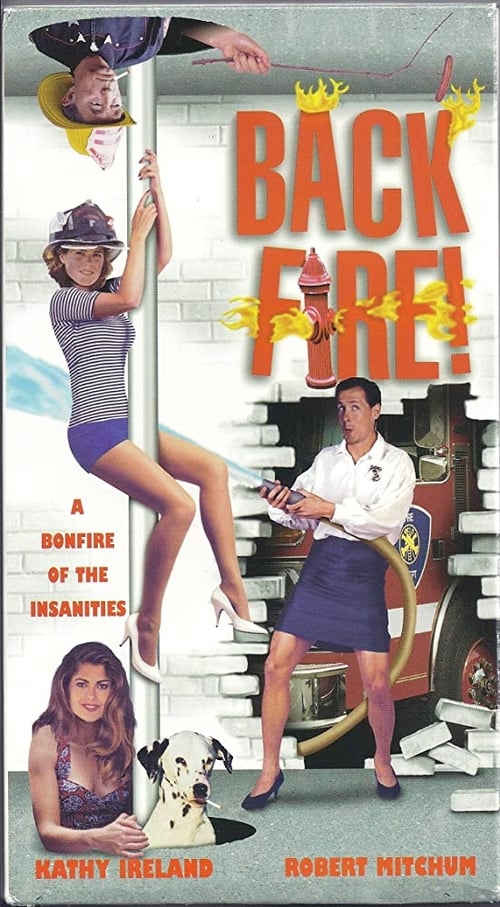 Just as Jeremy Jackson attempts to become the first male firewoman in New York, fires begin mysteriously erupting from toilets all over the City and Fire Marshal Marc Marshall is called in to investigate. From the start, Jeremy is heckled and sexually harassed by his tough as nails female cohorts including his instructor, the hard-boiled Lt. Shithouse. Jessica Luvintryst, Jeremy’s old flame and the Mayor’s very personal assistant, rekindles the fire in his eyes and between his thighs. Jeremy discovers trace jet fuel at the fire sites and soon becomes hot on the trail of The Most Evil Man and his diabolical scheme. In the tradition of Naked Gun, Backfire spoofs Backdraft.