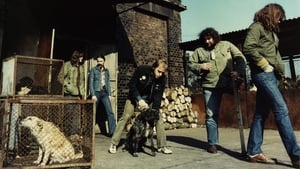 A Hungarian band plays American rock & roll and blues hits with great enthusiasm and passion, but success seems to avoid them. TV and radio don’t play their songs, sometimes even their crowd just sits and sips beer. Something must be done, and the band’s leader (Lóránt Schuszter) comes up with the big idea: write and play songs for the people about themselves and not about some exotic, but too distant people’s life. “We move from Tobacco Road to Retek street” With the remains of the band and a second singer (Gyula Deák “Bill”) they find what they failed to show people before. The rich new sound can finally translate the spirit of blues and rock much more than words from any dictionaries could, this is the Köbánya-blues.