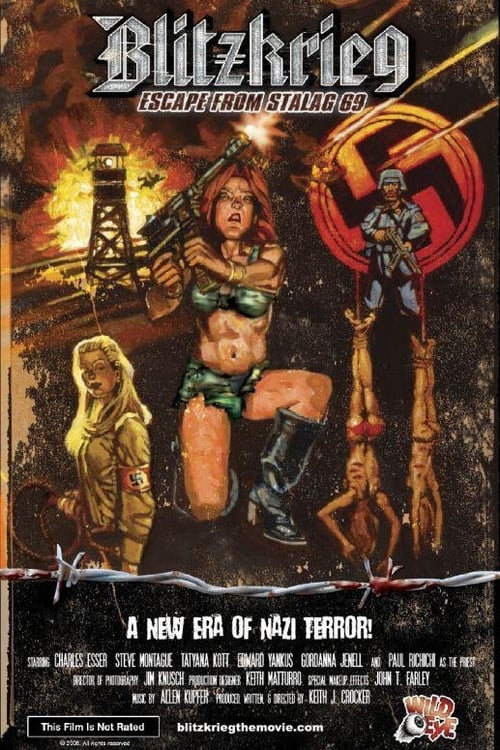 Over Blitzkrieg: Escape from Stalag 69

Enter Stalag 69, where torture is just the Beginning for this bloody band of Nazi Butchers! Germany, 1945. Stalag 69, a POW camp ruled by the sadistic SS commandant Helmet Schultz, is nothing but a blood-soaked playground for this perverse Nazi monster who uses his American, Russian, and British prisoners in cruel and ghastly biochemical weapons experiments. When a group of young, wanton USO girls are captured and fall into the hands of Schultz and his battalion of butchers, the brutality is turned up and the unsuspecting girls are gored, gouged and ground up - all for the pleasure of Schultz and his SS brothers and sisters. Now it’s up to the rag-tag survivors of the camp to strike back against their captors and Escape from Stalag 69, alive or on a slab!