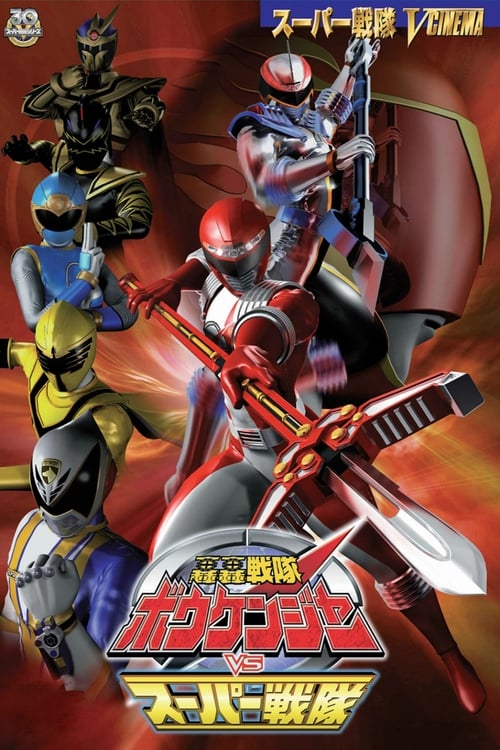 “Even today there are those who risk their lives to protect the world. Thirty Super Sentai who protect the Earth from dangerous enemies.” GoGo Sentai Boukenger vs. Super Sentai is a multiple Sentai crossover film that celebrates the 30th Anniversary of the Super Sentai series. The team-up includes the Boukengers and special guests MagiYellow, AbareBlack, HurricaneBlue, DekaBreak, and MagiShine. They are joined by an unknown Ranger named AkaRed.