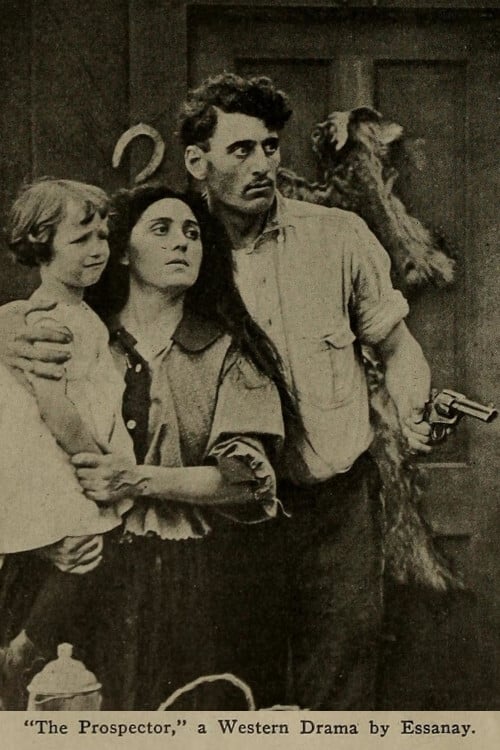 The Prospector, filmed six months after Anderson’s unit settled in Niles and released that December, follows a familiar storyline in which the Westerner, though unschooled in human wiles, thwarts his foe and creates a new community. On his way to file a claim, a lone prospector (Fred Church) stops overnight with a settler (Arthur Mackley) and his family. The miner little suspects that his host plots to steal the gold. But the settler’s daughter overhears the plan and warns the visitor just in time. The couple escapes with the woman’s younger sister. In store-bought finery suggesting new wealth, they return to the scene of the attempted crime and make peace with the settler. “We’ll work the mine together,” promises the prospector.