How to Watch ‘Heathers the Musical’ for Free on Apple TV, Roku, Fire TV, and Mobile

This might be beautiful! The cult favortie “Heathers: The Musical” is finally coming to TV screens thanks to the Roku Channel this week. Based on the iconic 1989 movie “Heathers,” the musical follows two very damaged teenagers who seek to right some high school wrongs while dealing with young love, bullies, and murder! Watch the live stage capture and hear all of the musical’s bops on Friday, Sept. 16 with a free sign-up to Roku Channel.

How to Watch the “Heathers: The Musical”

About “Heathers: The Musical”

Even before it debuted Off-Broadway in 2014, “Heathers: The Musical” was a cult sensation, and over the past decade the show’s reputation for having a killer score, great jokes, and some of the best performances in recent musical theatre. Written by Kevin Murphy and Laurence O’Keefe, when Veronica Sawyer is unexpectedly taken under the wings of the three beautiful and impossibly cruel Heathers, her dreams of popularity finally start to come true. Until JD shows up - the mysterious teen rebel who teaches her that everyone fears being a nobody, but its murder being a somebody. 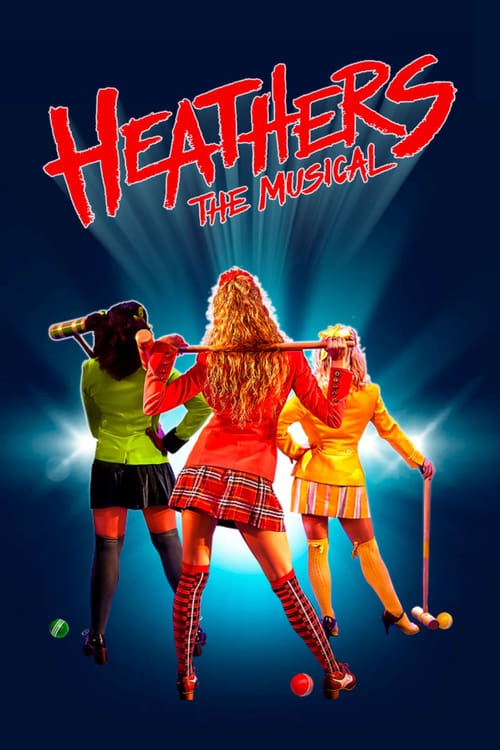 Filmed live from the west end. This hilarious, upbeat black comedy set in 1989 Ohio follows Veronica who is manipulated by her boyfriend JD into murdering the popular kids, making it look like suicide this leads to a suicide campaign at the school where the guidance counsellor seems more obsessed with making the school look good than helping the kids who actually want to kill themselves.

This pro-tape of the beloved show was filmed at London’s The Other Palace where the show premiered in 2018. The show stars Alisa Davidson as Veronica Sawyer, Simon Gordon as J.D., Maddison Firth as Heather Chandler, Vivian Panka as Heather Duke, and Teleri Hughes as Heather McNamara.

Can You Stream ‘Heathers: The Musical’ for Free?

Yes! You can watch talented people sing about murderous teenage angst with a free sign-up to Roku Channel beginning on Friday, Sept. 16.

What Devices Can You Use to Stream ‘Heathers: The Musical’ on Apple TV+?

Watch the trailer for 'Heathers: The Musical':