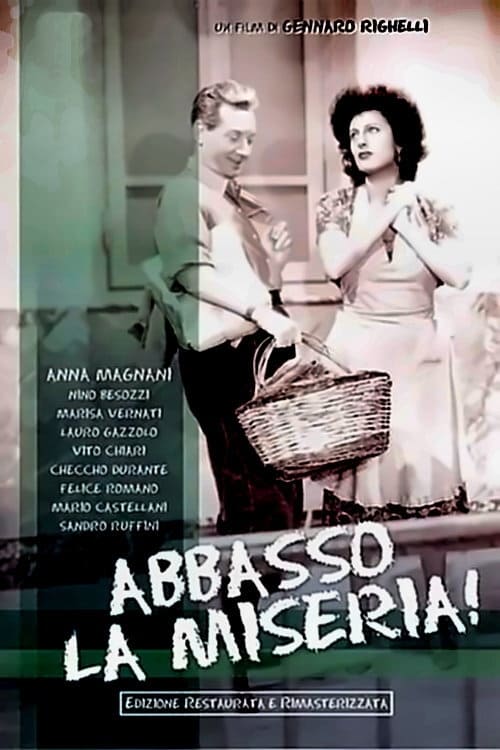 The two drivers Giovanni and Gaetano are friends. Gaetano, bold and ruthless, thrives in the black market, while Giovanni, who is a naive and fundamentally honest worker from the North of Italy, cannot get any profit and his wife, an energetic and talkative Roman woman, can’t help blaming him for his poor business skills. Returning from a trip to Naples, he brings home a little hungry orphan, Nello. At first Giovanni’s wife doesn’t want the boy, but then she begins to like him. The little boy does whatever he can to help the family. Nello’s father, who everybody thought to have died during the war, finds his little son and, being a rich business man, he employs the good and generous Giovanni. Meanwhile the former friend Gaetano is caught by the police and convicted for his illegal trades.