From Olympus to Everest 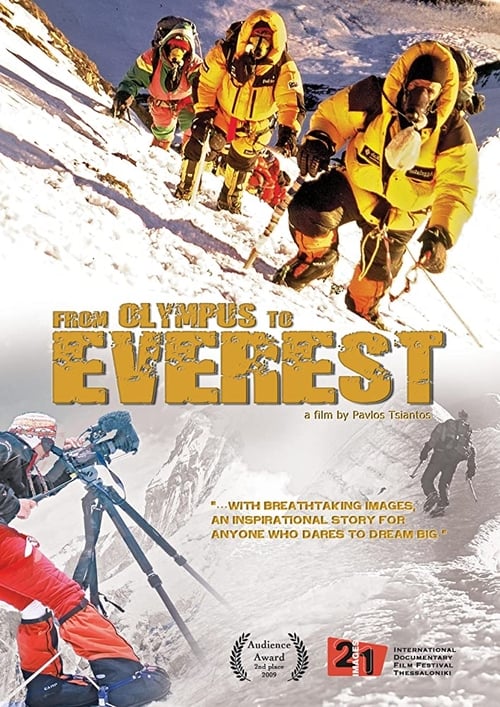 Sobre From Olympus to Everest

In the Autumn of 2003, a team of Greek mountaineers is climbing, in Tibet, to the top of Cho Oyu of altitude 8201m. This mountain, situated in the area of Everest, is where the expedition prepares for the ascent, planned for the upcoming year, to the highest summit of the world. The efforts of the team attribute, however on the last day the unexpected occurs. During the descent the leader of the team, Christos Barouchas, leaves his last breath in the hands of the team’s filmmaker Pavlos Tsiantos. With their return to Greece, the mountaineers are ready to quit the project, but as soon as they discover an old letter written by Christos they acquire a new motivation. The team reunites and finds the necessary strength to continue. In the Spring of 2004, the ascent to Everest begins, enhanced by the well known Greek-American mountaineer Pete Athans.