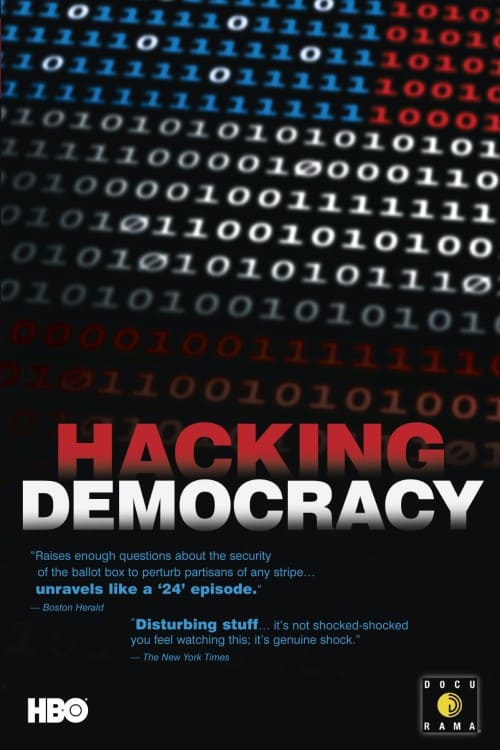 Documentary film investigating allegations of election fraud during the 2004 U.S. presidential election. Electronic voting machines count approximately 90% of America’s votes in county, state and federal elections. The technology is also increasingly being used across the world, including in Canada, the United Kingdom, Europe and Latin America. The film uncovers incendiary evidence from the trash cans of Texas to the ballot boxes of Ohio, exposing secrecy, votes in the trash, hackable software and election officials rigging the presidential recount.Ultimately proving our votes can be stolen without a trace “Hacking Democracy” culminates in the famous ‘Hursti Hack’; a duel between the Diebold voting machines and a computer hacker from Finland - with America’s democracy at stake.