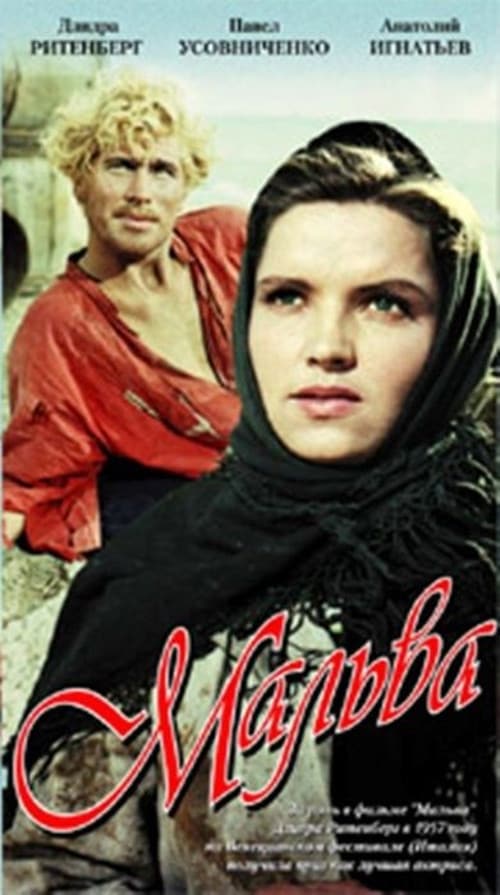 The Russian Malwa is based on a Maxim Gorky yarn. The title character, played by Zidra Ritenbergs, is the restless wife of a provincial village fisherman. Unwilling to dedicate herself to her husband, Malwa seeks out love from every man she meets. This results in a romantic triangle that is at once disarmingly simplistic and intensely dramatic. Malwa was the final directorial effort of Vladimir Braun, who died in 1957. Star Zidra Ritenbergs won a “Best Actress” award at the Venice Film Festival; co-stars Pavel Usovicenko and Anatoll Ighnaliev also earned praise for their realistic performances.