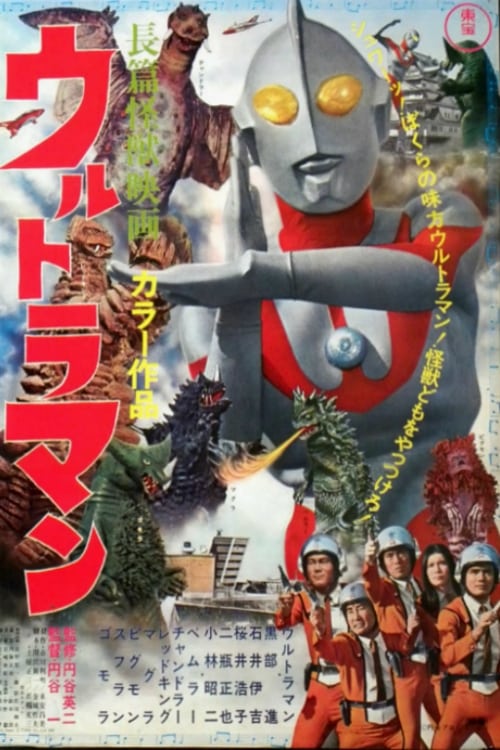 The film consists of re-edited material from the original television series Ultraman. Episodes 1, 8, 26, and 27 were used for the film. They were narrated by Hikari Urano as an “Ultraman Documentary”. Allegedly only one new scene was shot, and that some parts of the movie where shot in black and white for unknown reasons. The movie screened at the same time as the Toho movie King Kong Escapes.