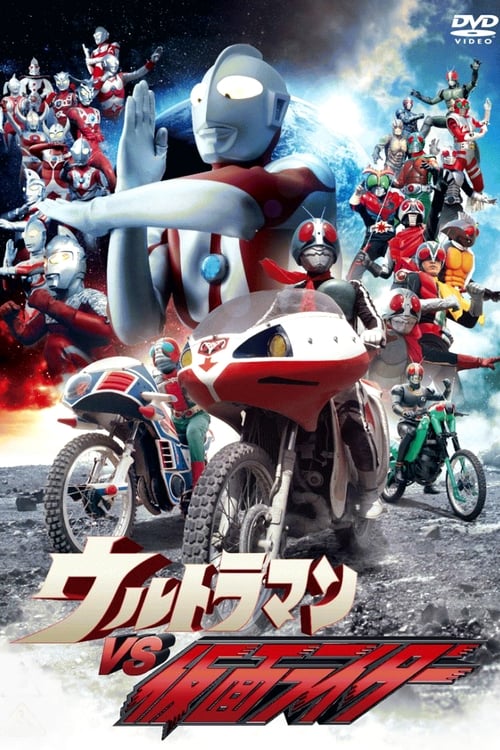 A special retrospective of the two franchises, with segments making comparisons between the different characters, their weapons, powers and so forth. The final segment of the special is the short film “Super Battle: Ultraman vs Kamen Rider” The main characters, Ultraman and Kamen Rider 1 appear on the scene separately, each fighting an original kaijin and kaiju. When the two monsters are nearly defeated, they merge into a more powerful kaiju. Ultraman experiences trouble and calls for Kamen Rider 1’s help. Kamen Rider 1 is then able to grow to enormous size to fight alongside Ultraman.