How to Watch ‘The Simpsons’ Season 33 Premiere Live for Free on Roku, Fire TV, Apple TV, iOS and Android

For shows that are truly milestones in and of themselves, there are few better places to look than The Simpsons. Apply all the honorifics you care to: Longest-running Animated Show, Longest-running Sitcom, Longest-running Show Ever — they all fit. Springfield’s First Family of Laughter is making its way back to television with Season 33 The season premiere hits Fox on Sunday, September 26, at 8:00 PM ET. You can watch with Avaliação gratuita de 5 dias of DIRECTV STREAM.

How to Watch ‘The Simpsons’ Season 33 Premiere

The last remnant of eighties television, the 33rd season of The Simpsons takes us back to Springfield, and just about anywhere else the Simpsons may care to go, assuming they’re actually allowed to go there by law. Several states refuse the Simpsons access, as we discovered back in Season 10’s “Kill the Alligator and Run”. The Simpsons, as of that episode, were forbidden from visiting every state except Arizona and North Dakota. Given the canonically wobbly nature of the show, however, it’s a safe bet that these edicts will be ignored as needed.

Season 33 will lead off in grand style, according to the series Wiki, featuring “the most musical episode ever.” Titled “The Star of the Backstage,” the episode will feature Marge with a singing voice staged by Kristen Bell. Once again, the series advances forward in time, and Marge develops fond memories of her high school musical: “Y2K: The Millennial Bug.” An attempt to restage said musical forces Marge to confront hard truths about her high school memories and the nature of her own singing voice, which as it turns out is much, much worse than she remembers. Anyone who remembers Marge’s high school days in the 70s will be just as puzzled as I am.

This will be followed by an episode that should be no surprise to anyone, at least the title won’t be. Titled “Bart’s In Jail!”, the episode instead focuses on Grampa Simpson, who has not at all surprisingly lost money to a telephone scammer. The remaining Simpsons, incensed by anyone treating their family member shabbily that isn’t one of them, team up to go get Grampa’s money back. That episode will be followed up by this year’s annual “Treehouse of Horror” episode, just in time for Halloween. 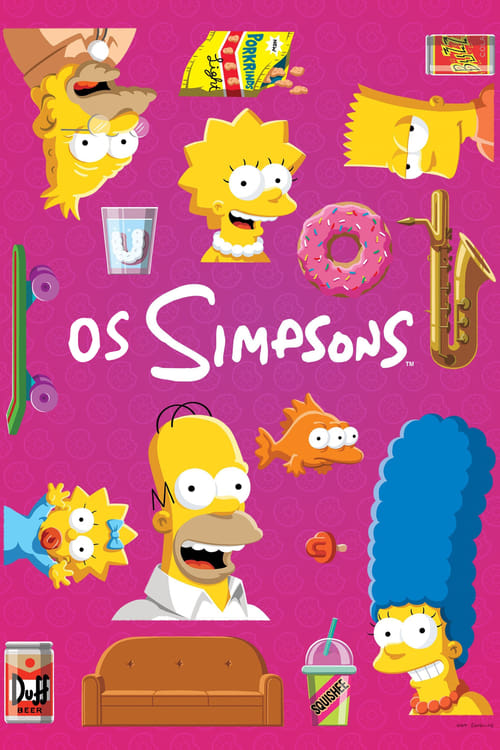 How to Stream ‘The Simpsons’ Season 33 Premiere Live for Free on Roku, Fire TV, Apple TV, iOS, and Android