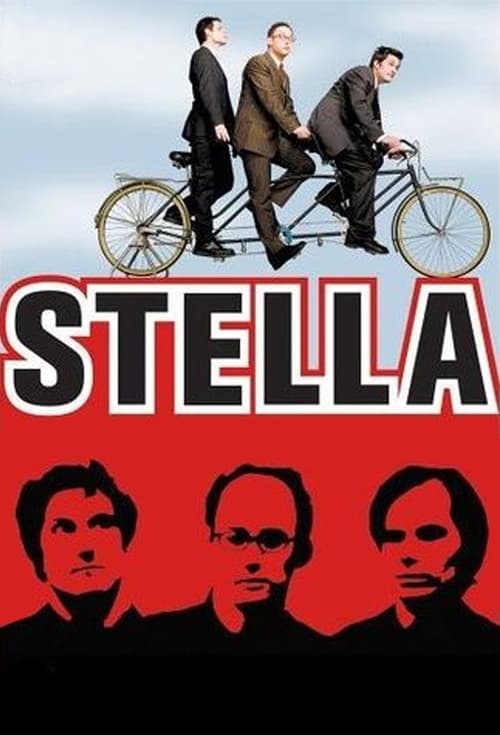 Stella was a short-lived television series that originally ran from June 28, 2005 to August 30, 2005 on the American television channel Comedy Central, created by and starring Michael Ian Black, Michael Showalter, and David Wain, the three members of the sketch comedy troupe of the same name and former cast members of MTV’s The State. Stella, as a comedy troupe, has existed since 1997. It has a cult following and plays to sold out shows across the USA. The show aired on Tuesdays at 10:30 PM, EST.

In September, after 10 episodes, Stella’s timeslot was filled by Mind of Mencia. On March 8, 2006, the following message was posted on Stella’s official website: “The STELLA series was on Comedy Central last summer. The network has officially decided not to renew it for a second season,” thus effectively cancelling the series. The first season DVD was released on September 12, 2006. Episodes have also been available on iTunes and Hulu and some episodes on Joost. Stella premiered in Australia on The Comedy Channel on May 3, 2007.