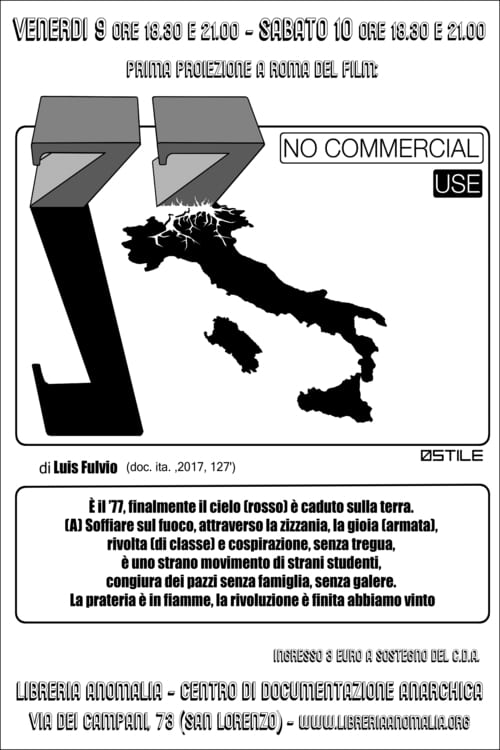 Acerca de '77 No Commercial Use

The maker, born in 1977, made this montage film about his endlessly fascinating year of birth. In Italy the streets were full of groups protesting, there were deaths during riots in Rome, Milan and Bologna, while armed movements attacked politicians and journalists. At the same time, there was a creative boom on many fronts, punk broke through and Elvis died.