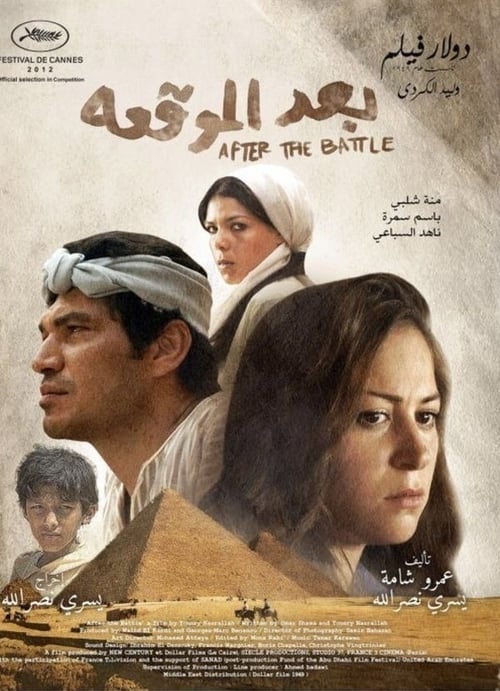 Acerca de After the Battle

Once a member of one of the notorious armed groups that were coerced by the Egyptian Government to carry out violent attacks on protestors in Tahir Square on February 2nd 2011, Mahmoud has since lost his job, been subjected to beatings and humiliating treatment, and been ostracized by his own community that live close to the Pyramids. Mahmoud is close to despair when he meets Reem, a divorcee and modern-thinker who works in advertising. Reem is a fervent ecologist who first comes to Mahmoud’s rundown neighbourhood to care for the camels and horses that have been left to fend for themselves. Their encounter develops into a love story that will radically change the course of their lives forever.