You're Not So Tough 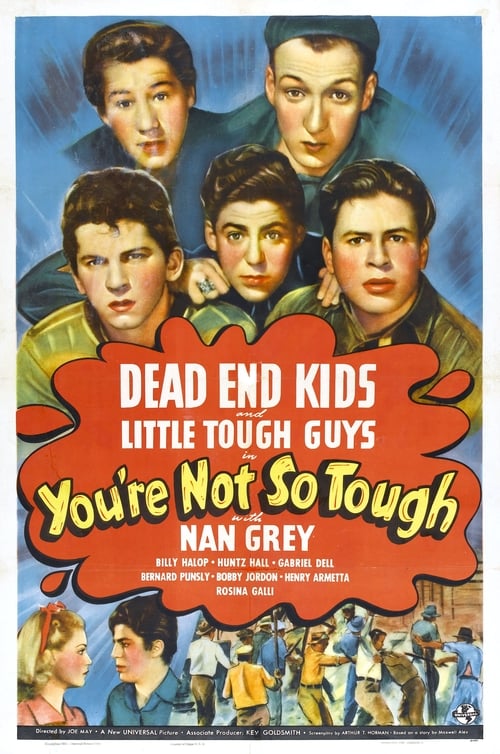 Acerca de You're Not So Tough

The Dead End Kids are out of the slums of New York’s East Side and running around the sunny valleys of California looking for a way to make a quick buck. The idea of working never enters their minds until Halop is egged on by Grey to show his capabilities. Before long, he and Hall are working on the ranch of Galli, an elderly Italian woman who treats her workers like human beings instead of animals. Galli’s son disappeared as an infant, and Halop tries to convince her that he is that long lost son, thus possibly sharing in her wealth. Galli is such a good person that Halop is soon motivated by respect instead of greed, so he devises a plan to help her when truckers and a labor organization band together to keep her crops from making it to market.

¿Dónde se puede ver You're Not So Tough en línea?