ABC’s Emmy and Golden Globe award-nominated comedy series “black-ish” continues its eight-year legacy for its momentous final season, premiering Tuesday, January 4 at 9:30 PM ET. From the “Juneteenth” episode to the many hard topics about race, politics and family, it is going to be difficult to say goodbye. You can watch the season premiere with a Prueba gratis 7 días of fuboTV.

The 163rd episode titled “That’s What Friends Are For” will feature another round of funny yet educational storylines. Bow convinces Dre to attend a fundraising event for When We All Vote so he can make new friends. Dre thinks it will be a waste of time, however, their expectations are far exceeded when the special guest for the evening turns out to be former First Lady, Michelle Obama. To their surprise, she accepts an invitation for dinner at their house. And obviously the rest of the Johnsons want to crash the special occasion.

“black-ish” looks at one man’s hopes to teach a sense of cultural identity to his family. In its eighth season, the series will continue to shine light on current events through the lens of the Johnson family. The series stars Anthony Anderson as Andre “Dre” Johnson, Tracee Ellis Ross as Rainbow Johnson, Yara Shahidi as Zoey Johnson, Miles Brown as Jack Johnson, Marcus Scribner as Andre Johnson Jr., Laurence Fishburne as Pops, Marsai Martin as Diane Johnson, Jenifer Lewis as Ruby, Jeff Meacham as Josh, Peter Mackenzie as Mr. Stevens, and Deon Cole as Charlie Telphy.

There is a lot that “black-ish” has to be proud of. Not only have they won an Emmy for Outstanding Contemporary Hairstyling (Araxi Lindsey) but they have also received 19 Emmy nominations to date. In 2016, the show also received a prestigious Peabody Award, and in the previous year, they were selected by the American Film Institute as one of their Television Honorees for 2015. Tracee Ellis Ross won a Golden Globe Award in 2017 for Best Performance by an Actress in a Television Series, Comedy. In 2019, NAACP Image Awards’ television comedy categories and won Outstanding Comedy Series for the fifth year in a row, whereas Anthony Anderson, Tracee Ellis Ross, and Marsai Martin also won for being outstanding actors. Lastly, in 2020, the NAACP Image Awards honored “black-ish” with 11 nominations. 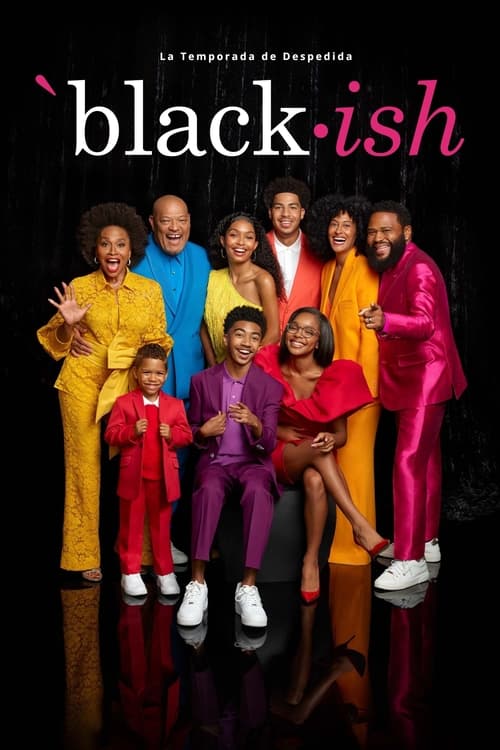