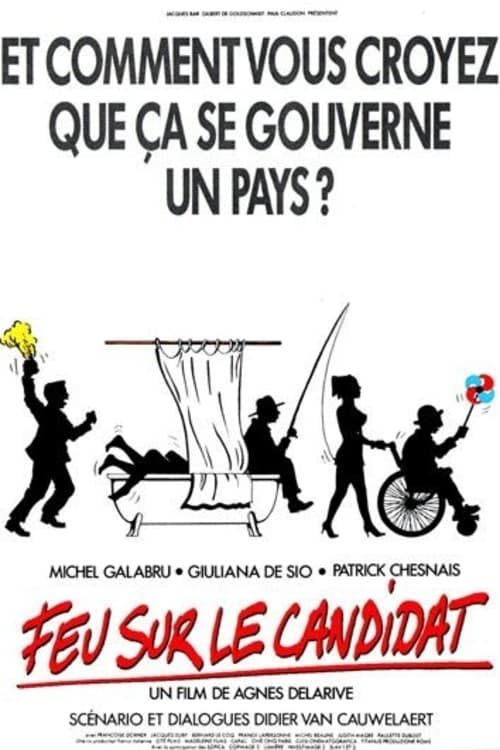 Robert Cavaillon is the king of the pet food industry. After he sold the factory to his workers, he decided to run for office. His campaign in support of animal rights gives him a lead in the opinion polls - which worries the main political parties. Since his past is unassailable, his political opponents decide to give the job of getting rid of him to a bizarre couple - a professional killer called Jean and a high-class call girl named Clara. The pair has to ruin him with scandal and then eliminate him for good. Jean’s first attempt at his task is a failure: instead of a killer he ends up looking like Cavaillon’s savior and friend. Clara is forced to play the role of the killer’s tender wife, because their victim sees them as a kindly pair not interested in using him for his position like everyone else. Between one bungled assassination attempt and the next, the three are enmeshed in an intense relationship in which their roles all change.

Where can you watch Feu sur le candidat online?