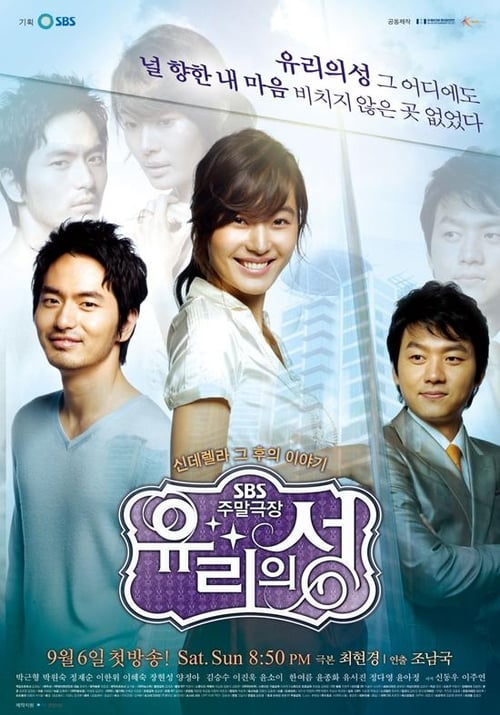 How to Stream Glass Castle Online

Glass Castle is a 2008 South Korean television series that aired on SBS from September 6, 2008 to March 1, 2009 on Saturdays and Sundays at 20:50 for 51 episodes. Yoon So-yi stars as an ambitious and tough reporter whose life and career take a turn after she falls for a charming and persistent suitor, and marries him. But her aspirations of becoming a great reporter are put on hold while she struggles with her new life as the daughter-in-law of a rich, influential but controlling chaebol family. On the sidelines is her mentor and friend, a head newscaster for whom she also develops uncertain feelings.