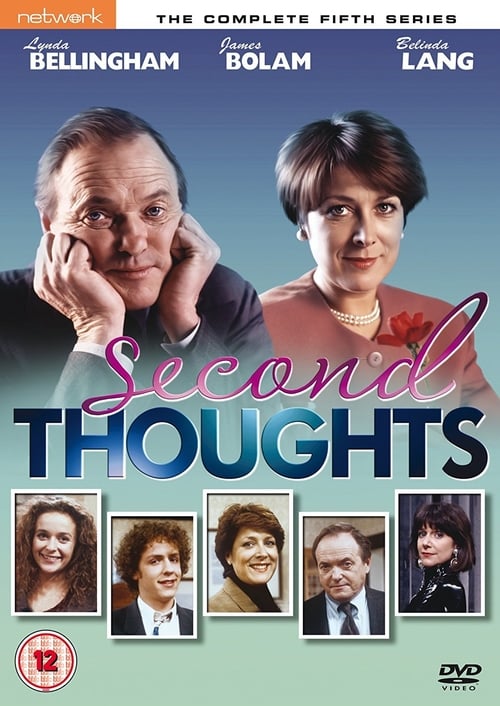 Second thoughts is a British sitcom that ran from 3 May 1991 to 14 October 1994. It was broadcast on ITV and made by LWT. It was followed by a sequel, Faith in the future. Second thoughts followed the lives of two middle-aged divorcees, Bill MacGregor and Faith Greyshott, from very different backgrounds trying to develop a relationship, despite the pressures pulling it apart.

Second thoughts was based upon the real-life relationship of the writers, husband and wife Jan Etherington and Gavin Petrie. It originally aired as a radio series on BBC Radio 4 broadcast between 1 November 1988 and 23 July 1992. The radio series consisted of four series and a Christmas special broadcast in 1992 with a total of 31 episodes. The radio scripts were used for the television series on ITV. The fifth series was considered weaker than the first four series; it was the only series not to be based on the original radio scripts.

Second thoughts ended on 14 October 1994, but has since been repeated on ITV3. The original radio series is often replayed on BBC7.