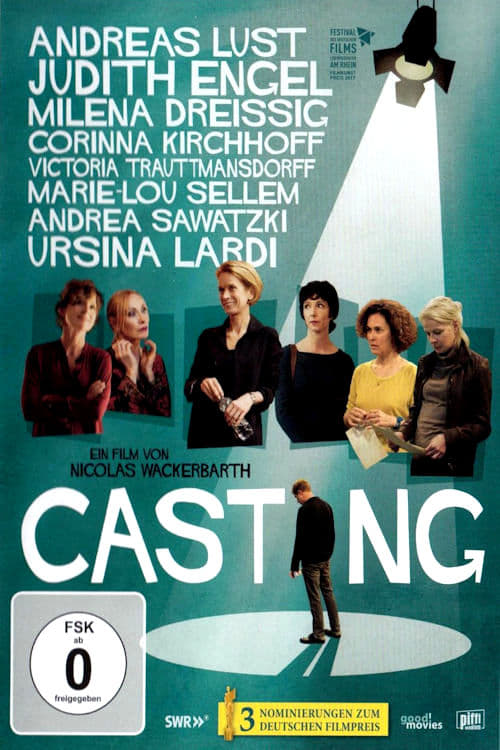 For her first television film – a remake of Fassbinder’s Die bitteren Tränen der Petra von Kant – director Vera wants the perfect cast. But the first day of shooting is fast approaching and the numerous casting sessions have yet to find a suitable actress to play the leading role. Although the producer and crew are getting ever more exasperated with Vera, Gerwin is happy about the extra work, as he earns his money as an audition reader, delivering the lines of dialogue to the starry candidates at the various castings. When the male lead suddenly has to back out, Gerwin thinks that this might just be his chance.

Where can you watch Casting online?