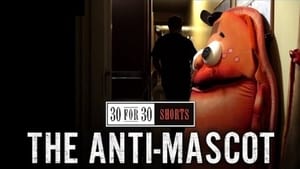 The mid-’80s were a terrible time for the San Francisco Giants. In 1984, the team lost 96 games and finished in last place — but no one on the roster had as horrible an experience as Wayne Doba. That season, the 33-year-old actor was selected to play the Giants’ first mascot. Well, not really a mascot, but an anti-mascot. The “Crazy Crab” was conceived as a satire of the mascot craze of the late ’70s that produced now-iconic characters like the Phillie Phanatic. The Giants’ Crab was not impressive to look at, and that was on purpose (they intentionally gave him a shabby foam costume and even went so far as to film a commercial in which then-manager Frank Robinson attempted to strangle him). When the Crab made his debut at Candlestick Park, the PA announcer would encourage fans to boo. It was an experiment unlike anything in professional sports

Where can you watch The Anti-Mascot online?