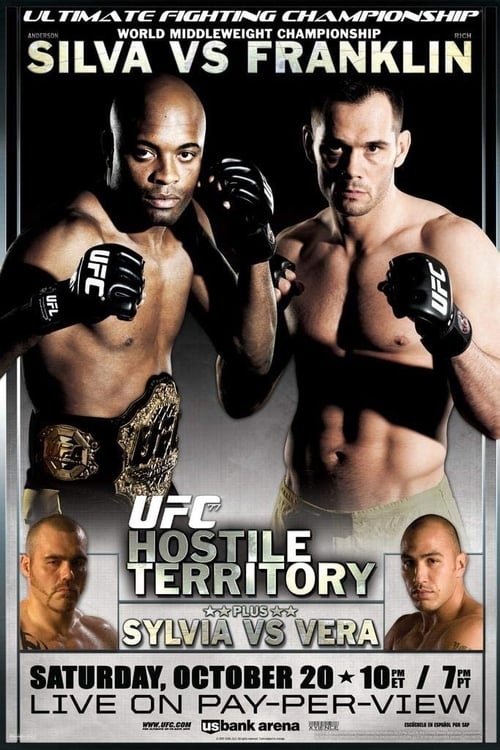 UFC 77: Hostile Territory was a mixed martial arts event held by the Ultimate Fighting Championship (UFC). The event took place on Saturday, October 20, 2007 at the U.S. Bank Arena in Cincinnati, Ohio. The main event featured Anderson Silva defending his middleweight championship against Rich Franklin in a rematch of their October 2006 meeting at UFC 64, which Silva won.

Where can you watch UFC 77: Hostile Territory online?