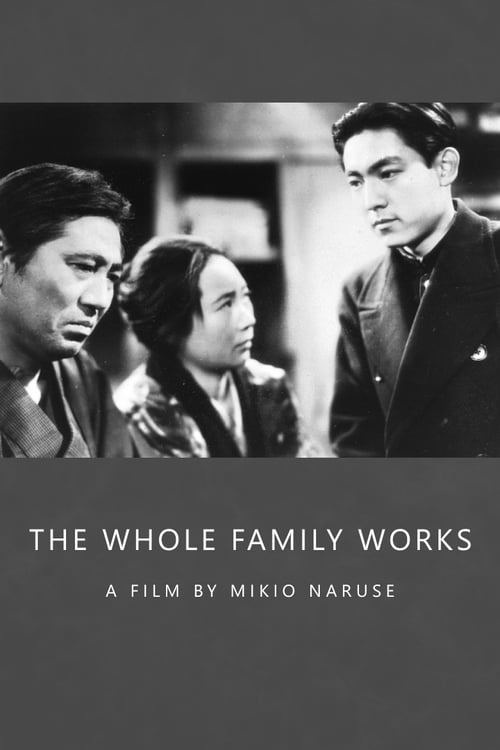 The Whole Family Works, Mikio Naruse’s adaptation of a Sunao Tokunaga novel, feels more of a piece with the writer/director’s quietly observant and psychologically charged later work. For the Naruse-familiar, it is an anomaly only in its placement within his filmography—indeed, this could be a film made by the elder, stasis-minded Naruse momentarily inhabiting, through a metaphysical twist of fate, his stylistically exuberant younger self. Set in depression-era Japan around the time of the Sino-Japanese War (which the director evokes, during a brief dream sequence, by dissolving between children’s war games and actual adult warfare), The Whole Family Works gently observes a family coming apart at the seams. Ishimura (Musei Tokugawa) is the jobless father of nine children.