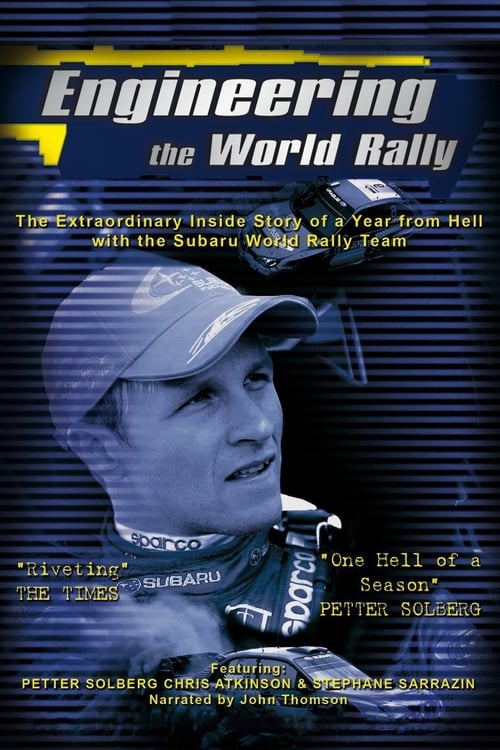 How to Stream Engineering the World Rally Online

Signing up for the 2006 season of the most extreme and exciting motorsport, six-part series Engineering the World Rally joins the Subaru World Rally Team as they and 2003 champion, Petter ‘Hollywood’ Solberg, fight for the championship through six countries and 11 months of intense competition.

This ultimate off-road challenge pits massively powerful four-wheel drive rally cars - in the hands of some of the world’s greatest drivers - against the toughest and most varied terrain on the planet. These guys hurtle down narrow twisty roads, along bumpy, dusty tracks, through deep water and across solid ice at speeds exceeding 130mph. They’re supported by teams of dedicated engineers and mechanics, together with their straight-talking bosses and success-hungry sponsors. It’s a world of fragile egos, high emotions and constant human drama.

With unprecedented access, Engineering the World Rally gets under the skin of the Subaru WRC team and follows their every move as they engineer and prepare the cars for each event, test and shakedown, and enjoy the highs and suffer the lows of each three-day rally. It is an emotional rollercoaster of action both behind-the-scenes and on the rally stage.