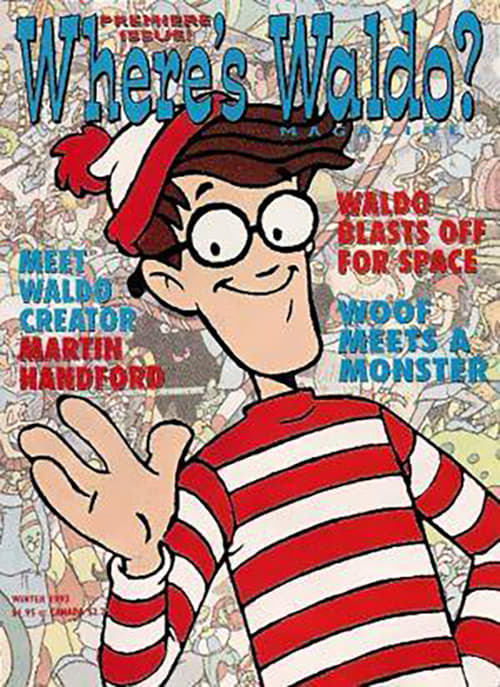 How to Stream Where's Waldo?: The Animated Series Online

Where’s Waldo?: The Animated Series is a joint venture between American/Canadian/British animated television series production, distributed by DIC Entertainment and The Waldo Film Company. The television series aired on CBS Kids for one season and later reaired on Nickelodeon.

The show follows the adventures of Waldo and his dog Woof, who were already established stars of the Where’s Waldo picture book series. The “Where’s Waldo?” TV Show brought the gangly man in the striped shirt and ski cap to Saturday morning TV. The cartoon “Where’s Waldo?” went beyond the books’ original concept, giving the characters depth and giving reasons for their adventures.

Waldo and his dog Woof travel to distant lands, solving mysteries and lending a helping hand wherever they could. With the help of his magic walking stick, Waldo could travel through space and time or travel to far off magical lands. Often sent by Wizard Whitebeard to help solve a puzzle, or mysteries, “Where’s Waldo” was a 1/2 hour puzzle of clues and riddles.

The evil Waldo lookalike Odlaw was the show’s villain, constantly plotting to steal Waldo’s magic stick. In each episode Odlaw would team up with the other villains from the far-off lands to help get the magic stick, while Waldo and Woof teamed up with other land’s “good-guys” to help with their problems.