Are You a Mason? 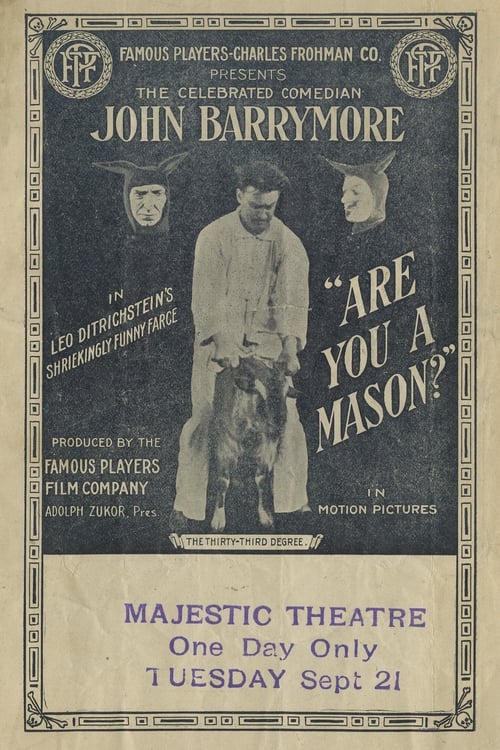 Om Are You a Mason?

Frank Perry’s wife Helen is away visiting her mother, and he uses this “free time” for a night of drinking at a nightclub. Unfortunately, when he tries to return home, he enters the wrong house and is nearly arrested When Helen comes back he tells her that the “incident” was actually an initiation rite of the Masons, knowing that his wife has always wanted him to join the group. She excitedly tells her father about Frank’s becoming a Mason, since her father is also a Mason. What neither she nor Frank know is that her father has actually been doing the same thing Frank is—pretending to be a Mason when he actually isn’t. Complications ensue.

Hvor kan du se Are You a Mason? på nettet?