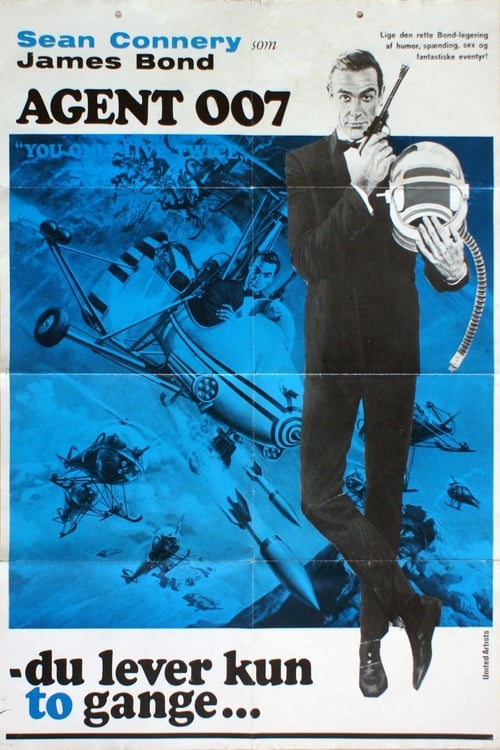 A mysterious spacecraft captures Russian and American space capsules and brings the two superpowers to the brink of war. James Bond (Sean Connery) investigates the case in Japan and comes face to face with his archenemy Blofeld (Donald Pleasence).

You Only Live Twice is not the most culturally sensitive film, but it does introduce the hollowed-out volcano lair to movie history, so that’s a plus. It was a huge hit when it was released, ranking second in the box office race of 1967.

After this movie, Connery took a brief break from the Bond role.