Make sure you’ve got room at your Thanksgiving table for a dashing Rebel spy. Disney has announced that it is bringing the first two episodes of its newest live-action Star Wars TV series “Andor” — which streams on Disney+ — to its family of linear networks, including ABC, Freeform and FX. The episodes will also be available for a limited time on Hulu.

Here’s the full schedule of when and where viewers can catch “Andor” during its limited viewing windows on these platforms: 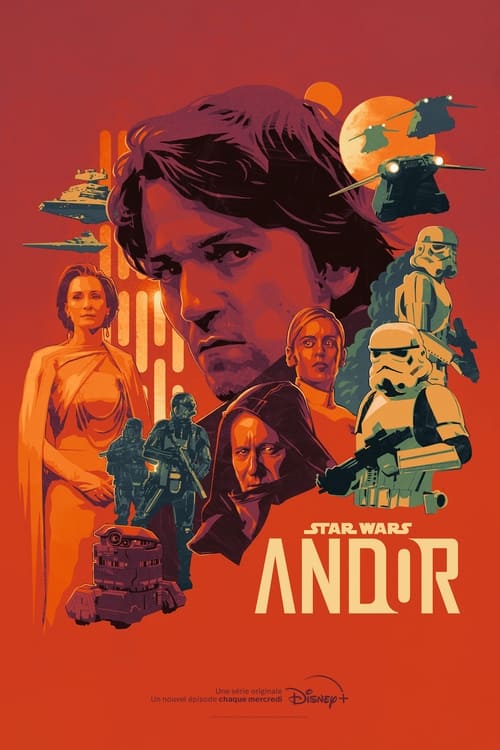 The move is a unique strategy for Disney. The company has never before tried to boost the profile of one of its original shows by moving it to a linear network. Over the summer, Peacock used a similar strategy byairing an episode of dark-comedy “The Resort” on NBC, but nowadays streamers are more likely to use free ad-supported TV (FAST) channels to further monetize older shows. But “Andor” isn’t an older show, its first season is still in its initial run on Disney+.

So why is Disney bringing “Andor” to broadcast networks? Despite widespread critical acclaim, the show is underperforming with audiences as compared to other Disney+ Star Wars shows, according to a report from Business Insider. “Andor” is a very different series from the Star Wars shows that have come before it on Disney+. There are no Jedi, in fact, there are almost no fantasy elements to the show whatsoever. It’s a gritty, tense spy/political thriller, and while critics are loving the change, kids who are used to humming lightsabers and non-stop cameos from across the Star Wars galaxy are decidedly less interested in “Andor.”

That detachment is likely the biggest reason that Disney wants to expand its audience for the show via linear channels. Putting its first two episodes on broadcast and cable networks will give the company a chance to show it off to people who don’t know how distinct the series is from other Star Wars offerings.

The promotion is also well-timed for Disney, as well. The company is set to launch a new ad-supported video-on-demand (AVOD) tier of Disney+ on Dec. 8, which will be accompanied by a price increase for the ad-free tier. If the linear screenings of “Andor” are successful, they could provide an influx of new customers to the service, just in time for the price of a subscription to jump.

Disney has already committed to a second season of “Andor,” so there’s no reason for the company to try and keep the show a secret. If you’re in need of something new to watch over the Thanksgiving weekend, you’ll be able to give the first few episodes of “Andor” a try without having to sign up for a Disney+ subscription.