How to Watch ‘Day of the Dead’ Series Premiere Live for Free on Apple TV, Roku, Fire TV, and Mobile

The original 1985 film, Day of the Dead, featured government officials in a military bunker frantically trying to find a solution to a worldwide zombie plague. The last part of George Romero's original Living Dead Trilogy, as some called it, pretty much proved that this was the new normal worldwide. The new series, Day of the Dead, is a somewhat different animal. It premieres Tuesday night on Syfy and USA Network before settling into its regular timeslot on Syfy. You can watch it with a 7-Dag gratis prøveperiode of fuboTV.

How to Watch ‘Day of the Dead’ Series Premiere

When: Tuesday, October 12 at 11 pm ET
TV: Syfy and USA Network
Stream: Watch with a 7-Dag gratis prøveperiode of fuboTV

About ‘Day of the Dead’

Anyone hoping for the triumphant return of Bub the zombie, the only zombie to ever figure out how a handgun works, will be sadly disappointed. This Day of the Dead is described as an “ode to George A. Romero’s famous flesh-eaters”, which means canon will be the last thing on anyone’s mind.

In fact, this series is said to cover the first 24 hours of a zombie outbreak. That’s a lot closer in nature to the original 1968 classic Night of the Living Dead than it is Day of the Dead, but they went with Day.

There seems to be a lot going on in the town of Mawinhaken, as the dead returning to life and attacking the living seems to be getting started as the result of events in the town itself. The first episode alone will feature discoveries at the town’s cemetery — no surprise there — but something also appears to be amiss at a major corporation’s fracking operations.

You’ll find that the early hours of a zombie outbreak look pretty much exactly like what you’d expect them to. Zombies running amok everywhere in various stages of decomposition, weddings ruined, trucks used as battering rams, and so on. But Day of the Dead does look to inject a little humor into its proceedings, as zombie movies have tried — with varying degrees of success — to do for years now. 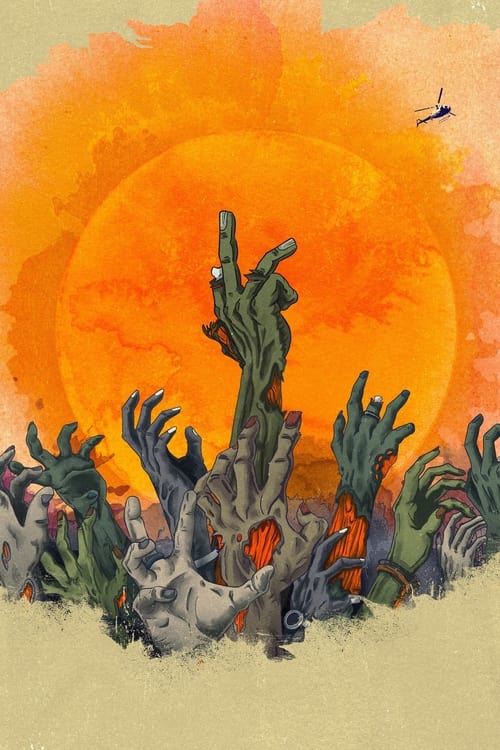 Day of the Dead

A group of strangers try to survive the first 24 hours of an undead invasion. This ode to George A. Romero’s famous flesh-eaters reminds us that sometimes all it takes to bring people together is a horde of hungry zombies trying to rip them apart.

How to Stream ‘Day of the Dead’ Series Premiere Live for Free on Roku, Fire TV, Apple TV, iOS, and Android