How to Watch ‘grown-ish’ Season 5 Premiere for Free on Roku, Apple TV, Fire TV, and Mobile

After “black-ish” wrapped up in April, its spin-off, “grown-ish” is back for its fifth season. The Johnson family’s drama-comedy series returns to Freeform for a new story featuring a few unfamiliar faces. You can watch the “grown-ish” Season 5 premiere on Wednesday, July 20 at 10 p.m. ET with a 5-Dag gratis prøveperiode of DIRECTV STREAM.

How to Watch ‘grown-ish’ Season 5

You can also stream the show with a subscription to Hulu or Disney+.

“grown-ish” Season 4 wrapped up with Zoey (Yara Shahidi) and her friends graduating from the California University of Liberal Arts. Season 5 begins with an all-new storyline and many fresh faces as Zoey’s brother, Junior (Marcus Scribner) embarks on his own journey at Cal U. The NSFW trailer teases an awkward encounter between Zoey and Junior as she catches her brother in the bathroom with Kiela (Daniella Perkins). 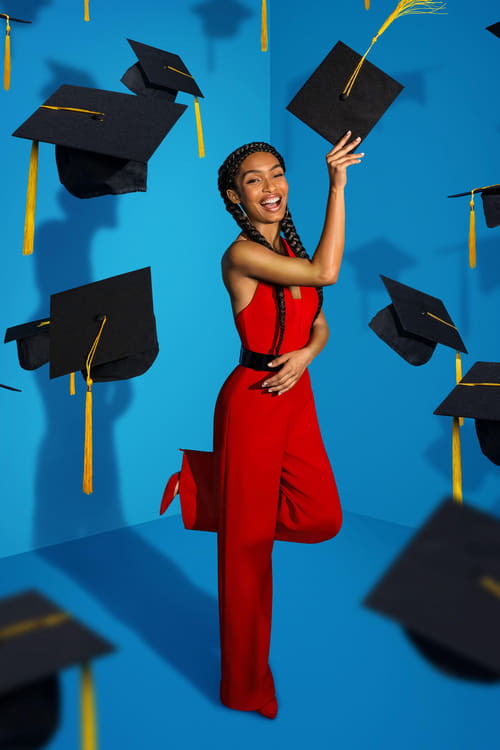 Zoey Johnson heads to college and begins her hilarious journey to adulthood but quickly discovers that not everything goes her way once she leaves the nest.

With the focus shifting to Junior’s college experience, Season 5 will primarily feature his friends and classmates. However, “grown-ish” fans will be happy to hear that we haven’t seen the last of Zoey and her friends, despite her graduation last season. In the preview, Nomi (Emily Arlook), Ana (Francia Raisa), and Vivek (Jordan Buhat) all make appearances.

If you would like to catch up on Seasons 1-4 before the Season 5 premiere, you can watch them with a Hulu or Disney+ subscription.

How to Stream ‘grown-ish’ for Free on Roku, Fire TV, Apple TV, iOS, and Android

Watch a Preview of 'grown-ish' Season 5: