“The Lord of the Rings: The Rings of Power” was a hugely expensive gamble for Prime Video, and it has seemingly paid off for Amazon’s streaming service. The show’s first season cost the company $715 million to produce, according to the Wall Street Journal, but audiences have rewarded that financial risk. According to Parrot Analytics, demand for the show is 34 times higher than that of the average American series in the last 30 days, despite the fact that the first season wrapped up over a month ago.

Now, Prime Video is harnessing its unique abilities to take fans behind the scenes of the series. Prime Video subscribers can now watch “The Making of the Rings of Power,” which features backstage content for each of the eight episodes in Season 1.

“The Making of the Rings of Power” gives fans a special inside look at the creation of the unique realms that make up Middle-earth, including Númenor and Khazad-dûm, both shown on screen at the heights of their glory for the first time. These segments also reveal exciting details about the production design, set decoration, costumes, makeup, visual and special effects, stunts, sword fights, horseback riding, and so much more of the intricate preparation involved in creating this very special world. 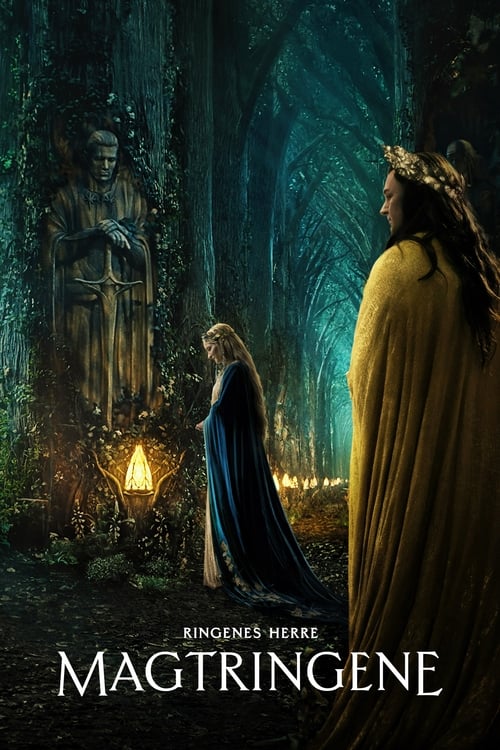 To access “The Making of the Rings of Power,” you can start playing any episode of the series. Then move your cursor, tap the screen, and/or pause the series to reveal on-screen X-Ray controls. X-Ray’s on-screen Quickview mode disappears after a few moments, so to see X-Ray information again, just tap, click or move your cursor again. Click or tap “X-Ray View All” at the top left of the screen to enter full-screen X-Ray.

“The Rings of Power” brings to screens for the very first time the heroic legends of the fabled Second Age of Middle-earth’s history. This epic drama is set thousands of years before the events of J.R.R. Tolkien’s “The Hobbit” and “The Lord of the Rings books,” and takes viewers back to an era in which great powers were forged, kingdoms rose to glory and fell to ruin, unlikely heroes were tested, hope hung by the finest of threads, and the greatest villain that ever flowed from Tolkien’s pen threatened to cover all the world in darkness.

Watch a Trailer for ‘The Rings of Power’

The special glimpse into the production of the show highlights the power of Prime Video as a streamer. The X-Ray feature allows users to access cast information, trivia, and much more just by hovering over the screen as they watch. No other streaming service puts such knowledge at viewers’ fingertips, and now Lord of the Rings fans will have more access than ever before to Prime Video’s “The Rings of Power.”