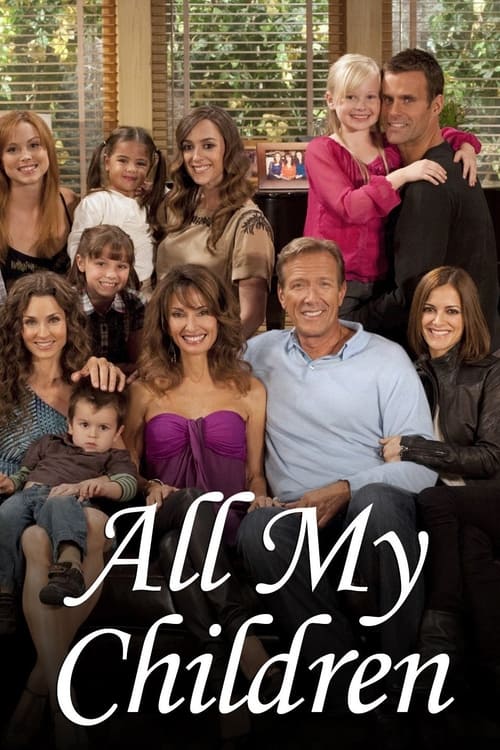 Om All My Children

All My Children is an American television soap opera that aired on ABC for 41 years, from January 5, 1970 to September 23, 2011, and on The Online Network since April 29, 2013 via Hulu, Hulu Plus, and iTunes. Created by Agnes Nixon, All My Children is set in Pine Valley, Pennsylvania, a fictitious suburb of Philadelphia which is modeled on the actual Philadelphia suburb of Rosemont. The original series featured Susan Lucci as Erica Kane, one of daytime’s most popular characters. The title of the series refers to the bonds of humanity. All My Children was the first new network daytime drama to debut in the 1970s. Originally owned by Creative Horizons, Inc., the company created by Nixon and her husband, Bob, the show was sold to ABC in January 1975. The series started at a half-hour in per-installment length, then was expanded to a full hour on April 25, 1977. Earlier, the show had experimented with the full-hour format for one week starting on June 30, 1975, after which Ryan’s Hope premiered.

From 1970 to 1990, All My Children was recorded at ABC’s TV18 at 101 West 67th St, now a 50-story apartment tower. From March 1990 to December 2009, it was taped at ABC’s television studio TV23 at 320 West 66th Street in Manhattan, New York City, New York. In December 2009, the locale for taping the series moved from the costly New York City to California. The show was then produced in Stages 1 and 2 at the Andrita Studios in Los Angeles, California, and is now produced at the Connecticut Film Center in Stamford, Connecticut. All My Children started taping in high definition on January 4, 2010 and began airing in high definition on February 3, 2010. All My Children became the third soap opera to be produced and broadcast in high definition.