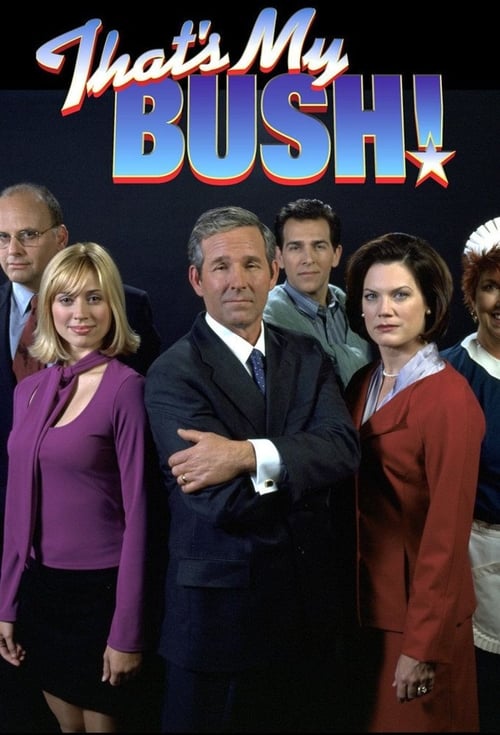 That’s My Bush! is an American comedy television series that aired on Comedy Central from April 4 to May 23, 2001. Created by Trey Parker and Matt Stone, best known for also creating South Park, the series centers on the fictitious personal life of President George W. Bush, as played by Timothy Bottoms. Carrie Quinn Dolin played Laura Bush, and Kurt Fuller played Karl Rove. Despite the political overtones, the show itself was actually a broad lampoon of American sitcoms, including lame jokes, a laugh track, and stock characters such as klutzy bimbo secretary Princess, know-it-all maid Maggie, and supposedly helpful “wacky” next-door neighbor Larry.

The series was conceived in the wake of the 2000 presidential election between Bush and Al Gore. Parker and Stone were sure that Gore would win the election, and tentatively titled the show Everybody Loves Al. Thanks to the controversy regarding the election’s outcome, the series was pushed back. Instead, the show was then plotted around Bush at the workplace. The show received positive reviews, with The New York Times commenting, “That’s My Bush! is a satire of hero worship itself; it is the anti-West Wing and the first true post-Clinton comedy. […] This politically astute criticism is embedded in so much hysterical humor that the series never seems weighty.”