Disney+ Just Removed Original ‘Avatar,’ Will It Return Before ‘The Way of Water’ Hits Theaters?

James Cameron’s “Avatar” arrived in 2009 and was, for a lengthy period of time, the highest-grossing movie of all time. Cameron has been working on a series of sequels for much of the years since then, and the first, “Avatar: The Way of Water,” is set to arrive in theaters on Dec. 16. The sequel will mark Cameron’s first feature film since the original “Avatar,” 13 years ago.

“Avatar” and its planned sequels were acquired by Disney when the company purchased 20th Century Fox studio. Not only could the studio mine the film’s IP for various theme-park attractions, but also as major tentpoles for its then-upcoming streaming service. Once Disney+ launched, Cameron’s original epic was heavily featured on the service, but now, “Avatar” has disappeared from the streamer.

What's on Disney+ reported this week that “Avatar” had been removed from the streaming service, likely in preparation for its planned theatrical re-release on Sept. 23. The move back to cinemas is designed to prime audiences for the release of the sequel, a little less than three months later. But by removing it from streaming, the move could also undermine fans’ opportunity to revisit the world of Pandora ahead of “The Way of Water’s” release.

“Avatar,” a story of a group of aliens fighting off an occupying human army, is known as the movie that convinced both Hollywood and the tech industry that 3D presentation was the way of the future… although that future turned out to be short-lived.

It’s also been a frequent observation that “Avatar,” while it broke box office records, didn’t leave much of a cultural footprint. That’s likely part of the impetus behind Disney re-releasing the original film in theaters, to remind audiences of the “Avatar” mythology, while also hopefully capitalizing on the film’s box office potential for the first time. 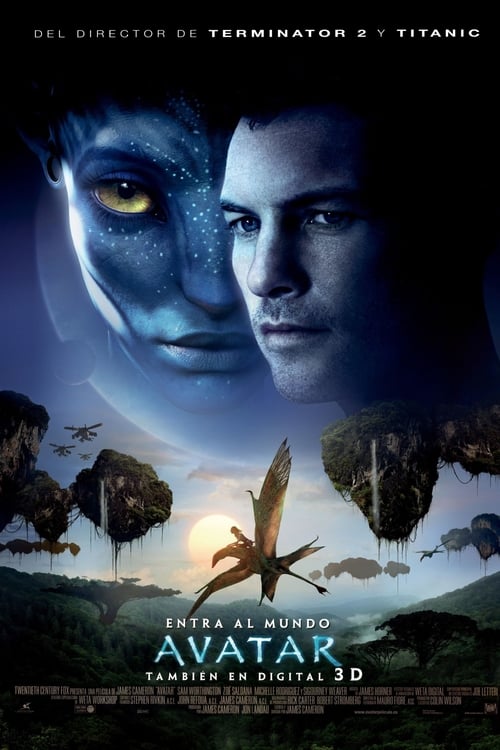 However, it would also seem like a missed opportunity to not have the film available on Disney’s flagship streaming service in the run-up to its sequel’s release. While nothing has been announced about an eventual return to Disney+, it seems likely that the studio would want the film back on the platform this fall in order to allow for audiences to catch it again before “The Way of Water” comes out.

If Disney gives the theatrical re-release a healthy four-week run, that would indicate that a return to Disney+ in late October was possible, although that could change depending on how successful the re-release is. So if we go with the halfway point between the two release dates, it seems logical that the original “Avatar” could return to Disney+ on or around Nov. 1.

The Streamable also speculated earlier this year that the “Avatar: The Way of Water” will likely arrive on Disney+ in February of 2023.