Is ‘Three Thousand Years of Longing’ Available to Stream on Prime Video, Netflix?

“Three Thousand Years of Longing,” a new mind-bending, other-worldly, supernatural drama starring Tilda Swinton and Idris Elba, arrives in theaters on Friday, Aug. 26. The film stars Swinton as a scholar who comes into contact with a djinn (Elba), who tells her the story of his thousands of years of adventure. The film is the first movie directed by George Miller since “Mad Max: Fury Road” in 2015.

The film has been hailed as an inventive story that takes viewers through centuries of epic adventures. Based on A. S. Byatt’s short story “The Djinn in the Nightingale’s Eye,” Miller’s always exciting visual flairs flesh out the tale in an ambitious way worthy of the big screen. Despite the director’s imaginative flourishes, the film was met with mixed-to-positive reviews from critics, securing a fresh 68% rating on Rotten Tomatoes to date, but the audience score has been a far more receptive 91% so far. 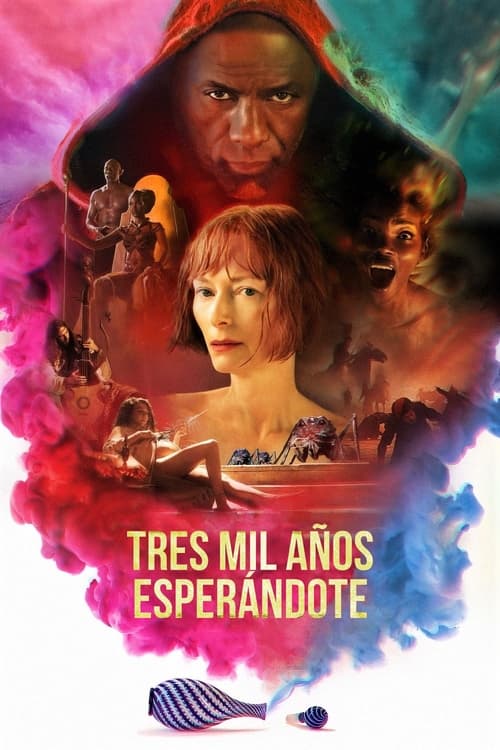 So, with the audience response being as positive as it has been, you might be wondering whether or not “Three Thousand Years of Longing” is available to stream in conjunction with its theatrical release. Unfortunately, the film is a theatrical exclusive as of now, with no streaming component yet announced. However, we can certainly take a guess as to when and where we might be able to officially stream the film.

“Three Thousand Years of Longing” is being released in the U.S. through MGM and United Artists. MGM was acquired earlier this year by Amazon for $8.5 billion, a deal which brought MGM’s century-old library of over 4,000 films and 17,000 hours of television to Prime Video, while also becoming the streaming home of MGM’s current and upcoming theatrical slate.

That means that Prime Video is likely the eventual streaming home of Miller’s latest film, although MGM and Amazon have not yet established a consistent formula for their theatrical-to-streaming windows.

“No Time to Die,” the most recent James Bond movie, was released in theaters by MGM on Oct. 8, 2021, and landed on Prime Video on June 10, about eight months later. However, as with all Bond films, “No Time to Die” is part of a very complicated contractual relationship that makes distribution and streaming incredibly difficult to figure out. Daniel Craig’s last outing as 007 was also a monster box office hit, while “Three Thousand Years of Longing” is not expected to be one, so its window is likely to be shorter than that.

Also muddying the waters is the fact that part of Amazon’s business model is being a home for audiences to rent or purchase films. So if any MGM film develops a popular — or even smaller cult — following, it would make sense for the company to keep it in its video store for as long as it generates interest.

So, as the industry standard has fluctuated between 45 and 70 days from cinema debut to streaming premiere, “Three Thousand Years of Longing” could land on Prime Video by mid-October. However, given the extra layers of revenue generation at Amazon, it could be longer than that; although its supernatural premise could make it perfect for a release ahead of Halloween.

MGM and United Artists have released a handful of other movies this year that have come to Prime Video, but all with different release plans. The Sylvester Stallone aging superhero film “Samaritan” went directly to Prime Video this week, while Ron Howard’s “Thirteen Lives” was primarily a streaming exclusive, after playing just one week in theaters to establish awards eligibility.