TV at the Movies: Prime Video’s ‘Rings of Power’ to Get Historic Theatrical Premiere

For the entirety of the pandemic era, the lines between TV and movies have been blurred. Movies originally intended for theaters have ended on streaming services instead, or — in some cases — at the same time as their theatrical releases, or in some cases after a very short window.

Now, that line is about to be blurred from the opposite direction, with the news that one of the year’s most anticipated streaming shows will debut in theaters.

“The Lord of the Rings: The Rings of Power,” the new Prime Video series based on J.R.R. Tolkien’s works, will screen in more than 200 movie theaters around the world on Aug. 31, with the first two episodes included. The one-night-only showing comes two days before the show premieres on the streaming service on Sept. 2.

The event will be exclusive to Cinemark theaters in the U.S., with rewards members invited to reserve tickets. Showings will also take place in Canada, the U.K., Ireland, Argentina, Colombia, Australia and New Zealand.

It’s become a very common occurrence in recent years for the first episodes of TV and streaming series to premiere at film festivals, with South by Southwest doing that so often that it announced this year that its film section will now be known as the “Film and TV Festival.” But wide theatrical showings of TV episodes have been much rarer. During the tail end of the initial run of “Game of Thrones,” for instance, HBO ruled out showing the series in movie theaters, seeking to make the show available for subscribers only.

There have been occasional instances of streaming shows getting theatrical premieres, including that of “Marvel's Inhumans,” which in 2017 became the first TV series to receive an IMAX premiere. Then, it landed on ABC for a brief run. That series, however, was an infamous disaster, and Amazon clearly has higher hopes for “Rings of Power.”

Disney did announce on Monday that it was teaming up with AMC Theaters to host one-night-only screenings of “Encanto,” “Rogue One: A Star Wars Story,” “Thor: Ragnarok,” “Cars,” and “Newsies,” in conjunction with Disney+ Day. However, unlike “Rings of Power,” those movies aren’t premiering and had been in theaters previously. 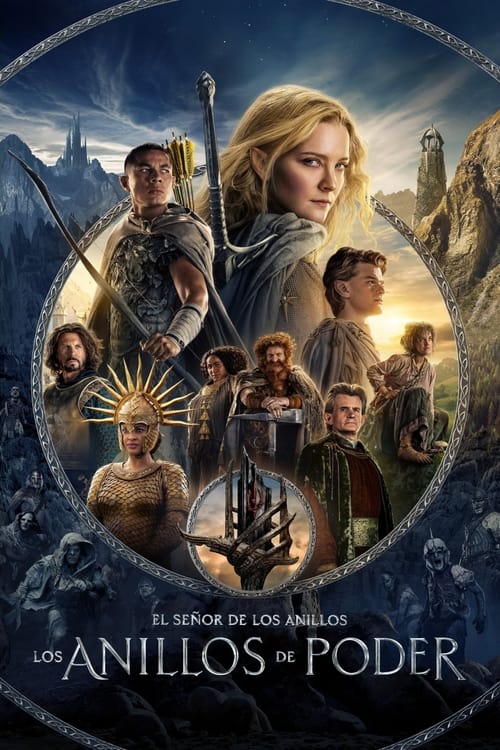