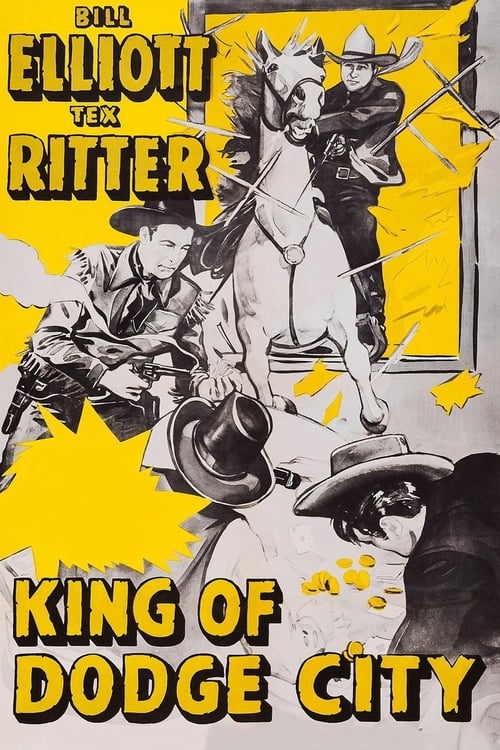 Columbia’s King of Dodge City was the first of several westerns costarring “Wild Bill” Elliot and singing cowboy Tex Ritter. Though Elliot is billed first, the plot and action are evenly divided between the two B-picture favorites. The story takes place in Kansas, just after the Civil War. Wild Bill Hickok (Elliot) is summoned from Dodge City to Abilene, there to neutralize a crooked political machine. Hickok is aided every step of the way by Tex Rawlings (Ritter), a seemingly harmless drifter who is appointed sheriff after proving his prowess with his six-guns.

Where can you watch King of Dodge City online?