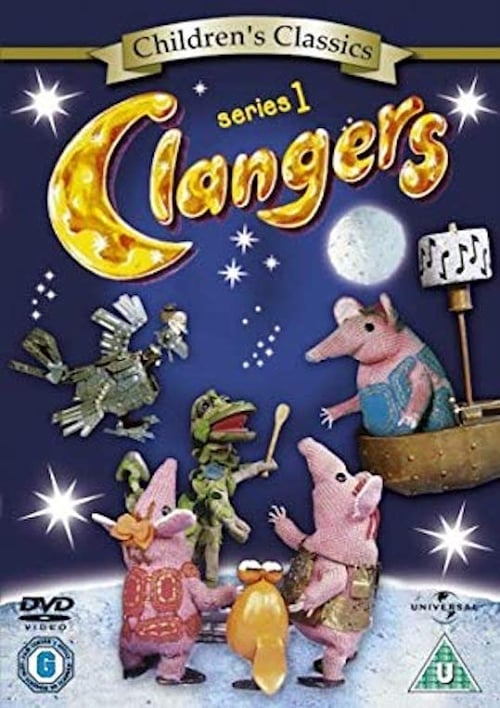 The Clangers are strange, long-nosed, pink, woolly creatures that live inside a small blue planet, which lies far, far away in space.Under the dustbin-lidded craters that cover the planet’s surface is the cave system where the these strange yet cuddly extraterrestrials live. They share their world with the bizarre Soup Dragon, who lives in a soup well and provides them with their staple diet of green soup and blue string pudding; the Glow Buzzers, which supply light and tasty glow honey; and the tiny orange Froglets, magical creatures that live inside a travelling top-hat. Other beings encountered by the Clangers are the Iron Chicken, originally found in pieces and who, once reconstructed by the little planet’s inhabitants, now lives in a nest in the sky; the large, odd, blue-skinned Skymoos; and the water-providing Cloud.