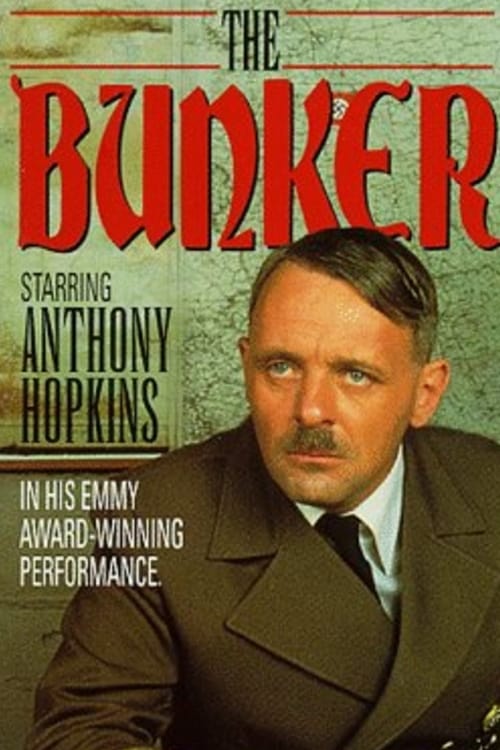 The Bunker is a 1981 CBS television film, Time/Life production based on the book The Bunker. The film makes significant deviations from James O’Donnell’s book, published in 1975. The deviations are mainly due to an effort to clarify the events and allow the actors license to interpret some of the dialogue he recorded. The film opens in 1945, with O’Donnell’s gaining entry to the Führerbunker by bribing a Russian sentry with a pack of cigarettes.

The most noteworthy legacy of the film was Anthony Hopkins’ portrayal of Adolf Hitler, for which he won an Emmy. Actors on the set claimed his performance was so good that those playing German soldiers snapped to attention whenever Hopkins came onto the set, even if he wasn’t in character.