A new feel-good comedy series debuts on Apple TV+ this week and it’s one that the whole family can enjoy! Apple TV+ series “Best Foot Forward” follows a 12-year-old boy with a prosthetic leg who starts attending public school after being homeschooled for years. All 10 episodes drop on Friday, July 22 and you can watch it with a Prueba gratis 7 días of Apple TV+.

How to Stream ‘Best Foot Forward’

In “Best Foot Forward,” 12-year-old Josh Dubin is switching from homeschool to public school for the first time ever. He’s very excited to be heading to middle school. This experience is sure to present many ups and downs along the way as he adjusts to his new school. Josh is also the only kid at school with a prosthetic leg, which comes with its own challenges.

“Best Foot Forward” stars Logan Marmino as Josh Dubin, Stephen Schneider as Gary Dubin, Joy Suprano as Maggie Dubin, and Peyton Jackson as Kyle. The series is based on the book “Just Don’t Fall” written by Josh Sundquist, a paralympic athlete, author, motivational speaker, and comedian. Sundquist is also an executive producer of the Apple TV+ series. The show’s creator is Matt Fleckenstein. 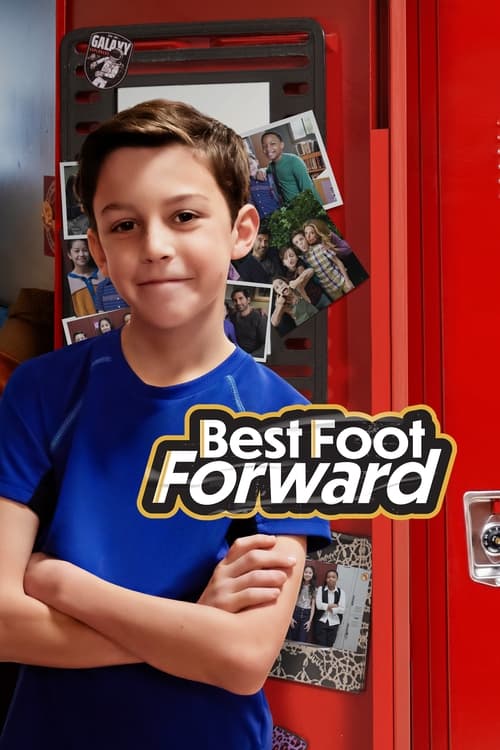 Can You Stream ‘Best Foot Forward’ for Free?

Apple TV+ offers a free seven-day trial that you can use to stream “Best Foot Forward” and all other Apple Originals. After the trial period ends, a monthly Apple TV+ subscription costs $4.99.

What Devices Can You Use to Stream ‘Best Foot Forward’ on Apple TV+?