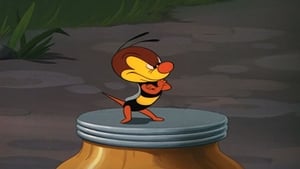 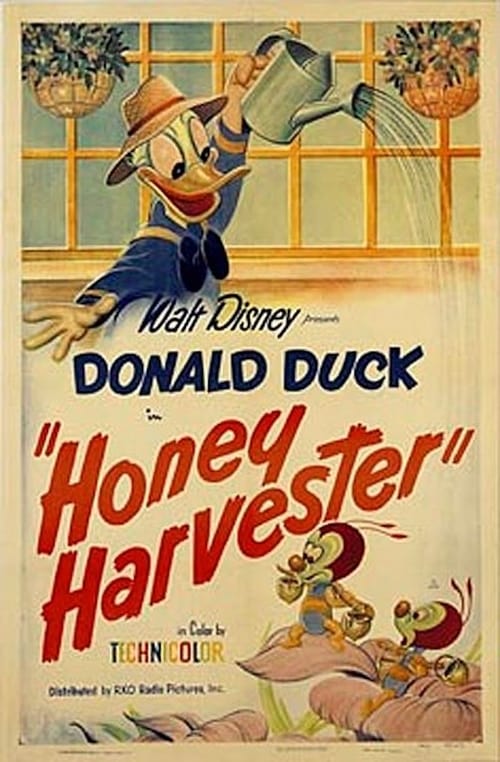 Donald is working in his greenhouse when he notices a bee harvesting nectar (well, actually, it appears to already be honey). Donald tries various approaches to find the hive, which despite the bee’s best efforts to throw him off, he eventually discovers in the radiator of an old car. He drains the honey and starts to leave when the bee spots him and mounts an attack. The bee adds a cactus needle to extend his stinger. Donald relents and returns the honey all but one jar, until the bee spots him.